“Worldwide spending on cancer medicines reached $100 billion in 2014, an increase of 10.3 percent from 2013 and up from $75 billion five years earlier, according to IMS Health’s Global Oncology Trend Report released on Tuesday.” [1]

One hundred billion dollars is a lot of money. However, when it comes to cancer drug spending, that amount will likely skyrocket over the next few years. Of course, profits will escalate as well, which is exactly why there is now an overwhelming disincentive to find a real ‘cure’ for cancer.

For the uninitiated it’s important to understand that finding a cure for cancer has never been taken seriously by the medical establishment. Anyone who has ever stepped forward with a potential cure has been either persecuted or prosecuted, stripped of their professional licenses or bankrupted, mocked and vilified. The world has seen these and similar scenarios play out time and again.

They already know what the cures for cancers are.

Much more importantly to understand, the real cure for cancer has been found and known for literally decades. Medical researchers like Dr. Hulda Clark have pointed out the obvious for decades. Cancer, like any disease, has two primary components: (i) a conducive internal environment for cancer cells to proliferate (ii) the presence of oncoviruses (and other microbial agents) which are known to cause cancerous growth.

There two basic conditions can be intensified as follows:

(1) The tissues or organs involved almost always possess a profile marked by high concentrations of toxicity due to the presence of various heavy metals, harmful chemicals, environmental pollutants, toxic residues, etc. Many of these find there way into the food and water supply in the form of insecticides, herbicides, fungicides, pesticides, mosquitocides, husbandry antibiotics, bovine growth hormones, chemical fertilizers, fluoride, chlorine, chloramines, etc. The result is that the entire body, and especially the cancerous parts of the body, are often in the state of chronic acidosis.

(2) In addition to those viruses which have been proven to cause cancer, there is also the presence of various pathogenic micro-organisms which can contribute to the advancement of cancer. The existence and heightened activity of pathogenic bacteria, parasites, fungi (especially yeast), mycoplasma, etc. in the cancer-prone or tumorous areas are often precursors to the development of cancer and tumors, respectively.

What’s the point of this lesson in Cancer 101?

The scientific researchers and medical authorities have known for decades exactly which combinations of toxicities and viruses (as well as pathogenic micro-organisms) cause which types of cancer. They have mapped out the body over many years and have identified where toxic chemicals tend to bio-accumulate as well as where a fungus like candida albicans will over-proliferate.

Every type of cancer obeys the unforgiving laws of cause and effect. If you eat mercury-laden tuna fish over an entire lifetime the methymercury will eventually accumulate in specific signature organs and tissues throughout the body. Those organs and tissues will then present an hospitable environment for certain yeasts such as candida albicans that are drawn to mercury-permeated tissues and/organs.

Eventually a dynamic is set up which causes the cells to replicate in an out-of-control fashion. Hence, the first stages of cancer will develop and either advance or go into remission depending on the strength of the individual’s immune system and other responses. The point is that the folks who have been at the forefront of cancer research know all of this and much more. They therefore know exactly what measures are in order for safely and efficiently moving a cancer patient in the right direction.

Because of that the average oncologists are rarely, if ever, inclined to recommend anything but extremely expensive traditional chemotherapies and newfangled medicines, radiation therapy regimens and surgery. As far as the pharmaceutical drug approach is concerned, there is a whole new treatment paradigm emerging that is even more costly than the old one.

The $100 billion, which represents 10.8 percent of all drug spending globally and includes supportive care drugs to address things like nausea and anemia, was driven by expensive newer treatments in developed markets, IMS found.

Medicines that target a specific protein or genetic mutation, as opposed to chemotherapies, now account for almost half of total U.S. cancer drug spending, IMS, which tracks prescription drug data for the industry, found. [1] 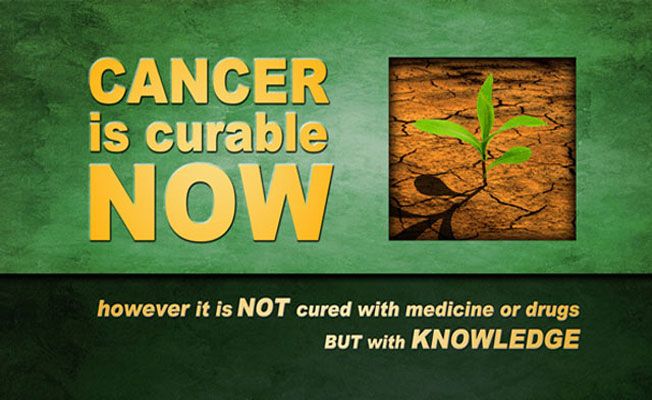 The best way to address a family history of or genetic predisposition to cancer is by taking a preventative approach. Instead of paying thousands of dollars for chemotherapy and other expensive drugs, spending much less money on a wholesome, organic, nontoxic diet will protect the body and keep it clean. Likewise, engaging alternative healing modalities and natural remedies rather than highly toxic pharmaceuticals whenever possible will help maintain a low total body burden*.