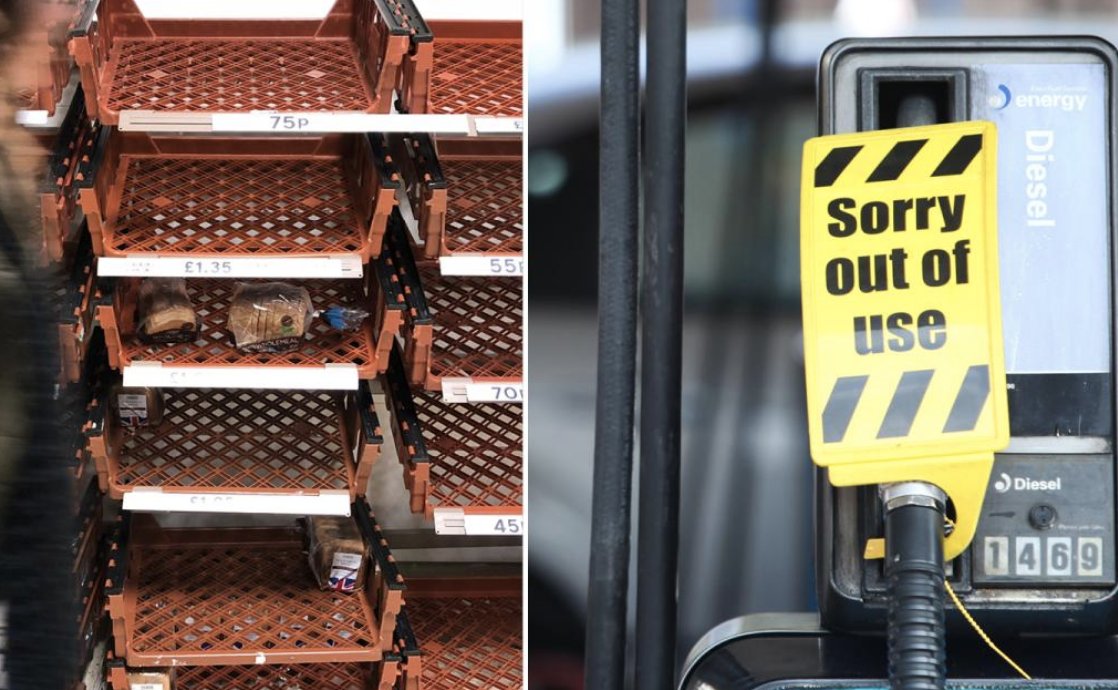 Though some small details have leaked over the past year, the British public has never seen the entirety of its government’s plan for coping with a ‘no deal’ Brexit. But with that outcome looking increasingly likely, the Sunday Times has managed to get its hands on what appears to be a nearly complete dossier on ‘Operation Yellowhammer’, the plan to stop Brexit from destroying British society.

By the Times’ description, it sounds as if somebody slipped an old-fashioned dossier under a reporter’s door. The paper is careful to point out that its findings represent “the most likely,” not “the worst case” scenarios post-Brexit.

The draft leaked to the Times, which was reportedly created earlier this month by the Cabinet Office, “offers a rare glimpse into the covert planning being carried out by the government to avert a catastrophic collapse in the nation’s infrastructure.”

The Whitehall sources who leaked the dossier – which was reportedly given a security clearance of “need to know” basis – said it offers the most comprehensive assessment of the UK’s preparations for a no-deal Brexit.

Another source insists: This is not Project Fear — this is the most realistic assessment of what the public face with no deal. These are likely, basic, reasonable scenarios — not the worst case.”

Its conclusions are, perhaps, unsurprising: It states that the UK public and business community remain largely unprepared for no deal and that growing “EU exit fatigue” has hampered contingency planning which has stalled since the UK’s original departure date in March.

Perhaps the most staggering is that the British government expects the return of a hard border in Ireland, which actually isn’t all that surprising, given the opposition to the Irish backstop. But the fact is that they’re finally admitting that this is inevitable, (considering the damage it could cause to relations with Ireland, not to mention the bombings that have already begun) and BoJo isn’t following his predecessor in insisting some magical solution will be found.

Here’s a run down of the main points:

BoJo appears to have locked the country into a course set for ‘no deal’ Brexit, promising to hold a general election only after Brexit day.

Though Johnson is preparing to hold talks with Emmanuel Macron and Angela Merkel ahead of this week’s G7 summit in Biarritz, No 10 is already playing down any prospect of a Brexit breakthrough. Germany also believes a ‘no deal’ exit is “highly likely.”

One image from the dossier is already familiar: a backlog of lorries.

The absence of a clear picture of the UK’s future relationship with the EU has hindered preparations as it “does not provide a concrete situation for third parties to prepare for”, the document states. Some of the bleakest predictions relate to goods crossing the French border. The file says that on the first day of no deal between “50% and 85% of HGVs travelling via the short channel straits [the main crossings between France and England] may not be ready for French customs, reducing the flow of freight lorries to between 40- 60%” of current levels”.

But this isn’t another example of ‘Project Fear’ – oh no. And it’s definitely not an attempt to undermine Johnson, who is, to his credit, at least trying to fulfill the Brexit mandate.