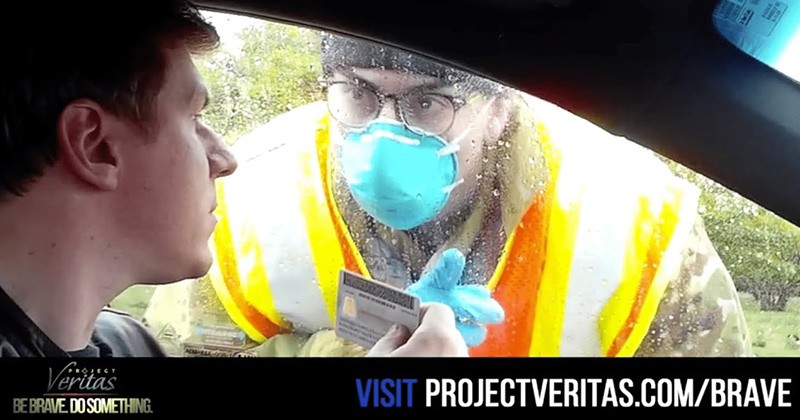 A New York National Guardsman and a medical professional both told O’Keefe the media is making the virus out to be worse than it actually is.

In the first encounter, O’Keefe asked, “What about the situation itself. Is it as bad as–the media is saying? The whole pandemic?”

“So, it’s not as bad as the media’s saying?” O’Keefe reiterated.

“No. I’m in the tents with them. I’m doing all this shit and I’m not getting sick, I’m good,” the National Guardsman answered.

O’Keefe also asked a medical professional at the testing site if the media is accurately reporting on the situation.

“Is it as bad as people are saying?” he asked.

“No,” the medical worker replied, waving his hands back and forth and adding, “We just wanna be precautious.”

O’Keefe did emphasize that these were not his words, but the words of a New York National Guardsman, who was presumably briefed on the situation by his chain of command.

In this pandemic that is effecting the world, Americans, businesses and people from around the world are stepping up, giving their time and providing innovative solutions to help in the fight against the corona-virus.