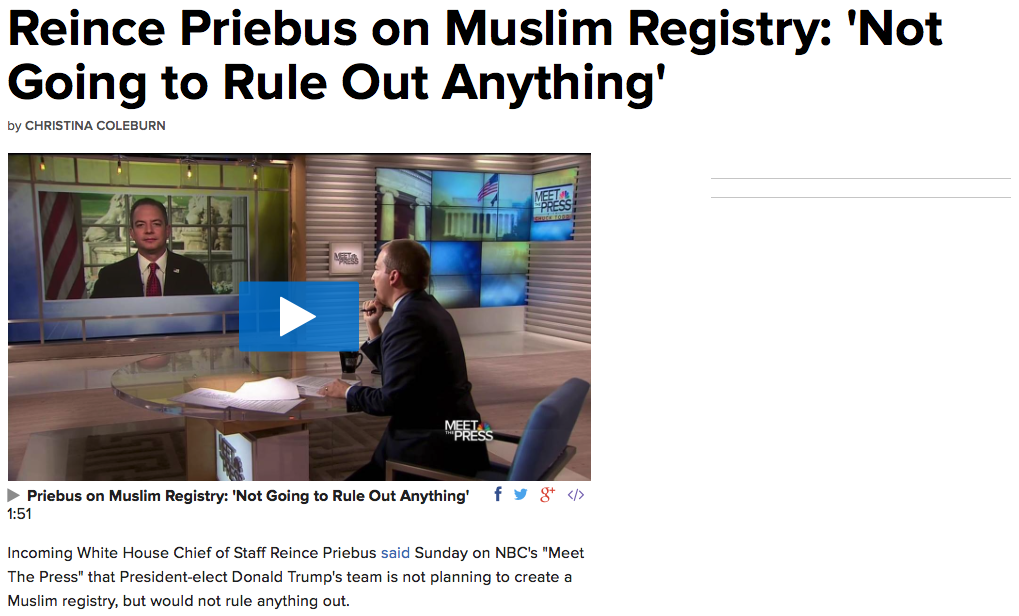 The discredited media has embarked on a so-called “fake news” campaign against the rising alternative media despite publishing blatantly fake news themselves.

This headline from NBC is the latest example:

The headline comes from an interview Priebus had with Chuck Todd on NBC’s “Meet The Press.”

In reality, GOP Chairman Preibus said “Look I’m not going to rule out anything, but we’re not going to have a registry based on religion.”

The premise of the NBC headline is completely fake. NBC tried to portray Preibus as saying he was for a Muslim registry when in reality he specifically said “we’re not going to have a registry based on religion.”

Ironically, after NBC complained about how “fake news spreads like wildfire online,” their fake news actually got picked up by other outlets like Time and The New York Daily News.

Even Obama has joined the fruitless ‘fake news’ crusade against alternative media.

“Because in an age where there’s so much active misinformation and its packaged very well and it looks the same when you see it on Facebook page or you turn on your television,” he said in Berlin Thursday. “It everything seems to be the same and no distinctions are made, then we won’t know what to protect.”