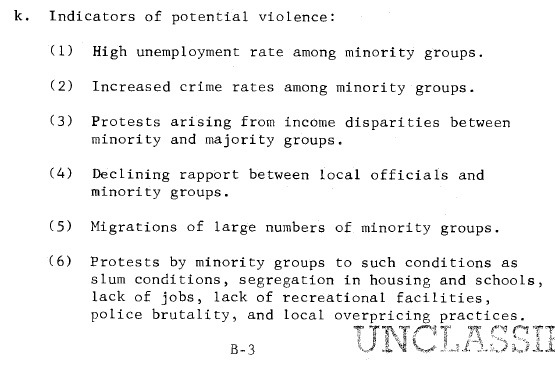 A dizzying number of people are leaving their home countries and embarking on a dangerous journey to the U.S., where federal border guards supposedly tasked with enforcing immigration law give little resistance.

The head of the National ICE Council, Chris Crane, has said the Obama administration has border agents’ hands in a bind with orders stemming from the DREAM Act not to deport detained minors. “Ice has essentially prohibited its agents from enforcing” immigration law, Crane said.

And earlier this week, the National Association of Former Border Patrol Officers released a statement saying the flood of immigrants “is a predictable, orchestrated and contrived assault on the compassionate side of Americans by her political leaders..”

But despite the “sudden” influx of immigrants, America seems to have no problems accommodating the “constant, unrelenting stream.”

Minors at the new housing center in Nogales are sleeping on plastic cots while officials wait for 2,000 mattresses to arrive at the facility, according to the Associated Press (AP). Portable toilets and showers were also allegedly brought to warehouse, which has a capacity of 1,500. Around 800 children are currently living at the housing center, but the AP reported that 1,400 minors will ultimately be brought there.

As the issue nears crisis level, numerous indicators suggest the United States had long anticipated this very same mass influx and even attempted to schedule plans for it in advance.

Last August, Infowars was apprised of an atypical request posed by the Federal Emergency Management Agency to one of our advertisers, My Patriot Supply. The agency inquired if the company could fulfill “immediate delivery” of truckloads of food within a day’s notice.

“At full capacity (assuming all resources are available) how many canned/packaged servings per day can you provide in a 24 hour period?” an email from the federal agency asked without revealing any further details.

A similar solicitation appeared in June of last year seeking contractors to provide an “indefinite-delivery” of “Bottled & Extended Shelf Life Water” for up to four years.

Another solicitation by FEMA in August 2013 asked in all caps for “CLOTHING COMMODITIES.”

The agency indicated, “CONTRACTORS MUST DEMONSTRATE CAPACITY TO DELIVER AT LEAST 50,000 ITEMS WITHIN 48 HOURS. CONTRACTORS WITH HIGHER CAPACITY MAY RECEIVE GREATER CONSIDERATION.”

Last August, FEMA solicited “Portable facilities” adequate for the “support and care for disaster survivors within shelters,” which should include fresh water, portable showers, and hand-washing stations, as well as “Shelter support kits of shelter cleaning supplies” and “shelter support kits of miscellaneous supplies.”

And a presolicitation posted in February of this year upped the ante by requesting at least 150 manufactured homes per week that can be “quickly built and deployed” to any state in the country with “the added potential to become permanent housing.”

Last August, FEMA was also looking for someone to provide Bulk Hygiene Item Kits, to include shower caps, shower shoes (adult and child), feminine napkins and products, toilet paper, towels and bar soap, “within 48 hours of issuance of a task order to any location within the continental United States.

Earlier this year, Infowars reported on a solicitation appearing on the FedBizOpps website put forth by the same agency, seeking “Evacuation Planning and Operational Support for Motor Coaches.”

The contract was in anticipation of “evacuation planning and operational support to facilitate a motor coach evacuation of the general population in response to Presidential-Declared Emergencies and Major Disasters within the continental United States,” the solicitation states.

According to FedBizOps, the $45.8 million contract was awarded to a company named Transportation Management Services, with the Place of Performance listed as “To be determined.”

Also in January, FEMA sought contractors to provide “Dumpster & Bio Medical Waste Services,” for at least a year, and up to four years.

“FEMA intends to establish an Indefinite Delivery Indefinite Quantity (IDIQ) contract with one or more contractor(s) for a base period of 1-year plus four twelve-month option periods,” the solicitation noted. “The contractor(s) must be available and capable of meeting FEMA’s emergency response task orders for delivering 40-yard size dumpsters with waste removing services and establishing bio-medical hazard waste removal services within time requirements, throughout the full duration of the contract.”

Before Big Sis left her post as Department of Homeland Security boss, she ominously warned her colleagues and replacement to be prepared for a massive and “serious” natural disaster “the likes of which the nation has never seen,” according to ABC. She also made sure to tout her “successes,” specifically mentioning border security during her speech.

It should be noted the federal government long ago devised a military contingency plan designed to quell domestic disturbances in the event of a large amount of illegal immigrants permeating US borders, similar to the mass migration we are witnessing today.

“Operation Garden Plot” was just one of several plans put in place by the government in the late 60s and early 70s to deal with “indicators of potential violence,” specifically preparing for, among other indicators, “migrations of large numbers of minority groups.”

Part of the Rex 84 (Readiness Exercise 1984) framework of secret plans, revealed during the Iran-Contra hearings of the late-1980s, if ever necessitated, Operation Garden Plot outlined a plan for “restoration and order” where “[f]ederal military intervention may be required to preserve life and property and maintain normal processes of governments.”

“[B]ecause historic Garden Plot activity was classified and current activity likely remains so,” wrote Nate Jones, “it is difficult to discern exactly how many times Garden Plot was evoked.”

Of course, after the game-changing 9/11 attacks, the government has implemented “a number of draconian laws to complement Operation Garden Plot, most notably the Patriot Act, the John Warner Defense Authorization Act of 2007, and the Military Commissions Act,” Kurt Nimmo reported in 2009.

“On May 9, 2007, George W. Bush signed PDD 51 into law. The directive allows the president to declare a national emergency and take total control over the government and the country, bypassing all other levels of government at the state, federal, local, territorial and tribal levels, and thus assume total and unprecedented dictatorial power.”

While FEMA is charged with preparing for Hurricane Katrina-like events, their delayed response to that particular incident and subsequent heavy-handed tactics demonstrate they are first and foremost concerned with maintaining control of the citizenry and protecting their authority.

Interestingly, despite Obama’s 2009 promise to end veteran homelessness by 2015, a nearly impossible goal which the president has less than six months to accomplish, accommodations for illegal immigrants have been virtually taken care of overnight. 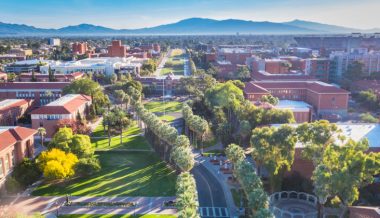