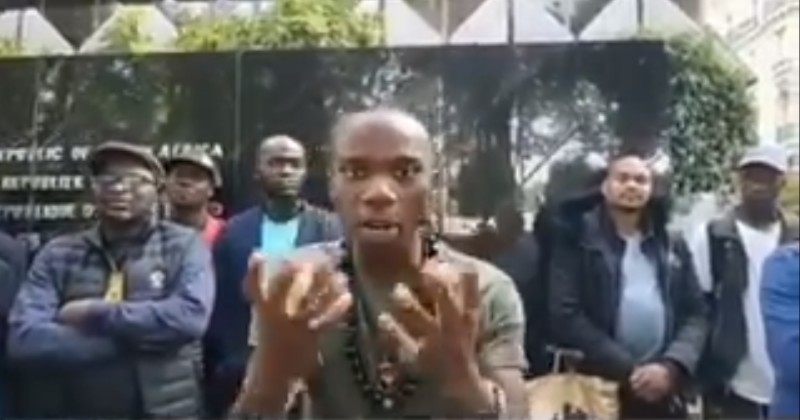 A protester in Paris proposed a novel solution to the horrifying spate of black-on-black violence in South Africa by urging people to kill whites instead.

Over the last couple of weeks, black South Africans have been setting fire to other African migrants and attacking and looting foreign-owned businesses.

The violence was sparked after a South African driver was shot dead by a drug dealer who was a foreign national.

The wave of xenophobic violence prompted the Zambian Ministry of Transport and Communications to instruct Zambian drivers not to travel through the country.

Now a black protester in Paris has urged South Africans to target white people instead.

After all the recent xenophobic violence in South Africa (between locals and Nigerians), black people in Paris held a protest & pleaded for the violence to stop

As one of the protest leaders says..

"Don't kill your black brothers. Kill white people or the Chinese instead"
🤔🤔 pic.twitter.com/7WC3T2WCyf

“We have same blood, we have same color, so why you kill your fellow brother?” asked the man.

People in the comments on a Facebook livestream of the rant appeared to agree, with two remarking, “Respect bro.”