Jeffrey Johnson, a disgruntled ex-employee of a Manhattan company, Hazan Imports, is accused of killing a former co-worker before engaging police in a shootout that left two people dead and nine wounded at the Empire State Building.

In assessing possible reasons for the attack, police and FBI will omit one glaring possibility: Johnson’s festering resentment was ignited and driven over the edge by an SSRI antidepressant: Prozac, Zoloft, Paxil, etc.

On September 14, 1989, in Louisville, Kentucky, another disgruntled ex-employee, Joseph T Wesbecker, entered the premises of his former company, Standard Gravure, killed eight people, and wounded 12. He then killed himself.

A month earlier, Wesbecker had started on a course of Prozac. Eventually, the people he wounded, and families of the deceased, filed a lawsuit against Eli Lilly, the maker of Prozac, claiming that the drug had pushed Wesbecker into murder.

At the time, Lilly was facing a number of potential lawsuits on this very issue, and the Wesbecker case was crucial to establishing a precedent. Lilly knew Prozac could induce violence. If they lost the Wesbecker case, they would face a flood of similar court actions and a loss of business and reputation.

After what many people thought was a very weak attack on Lilly by lawyer Smith, the jury came back in five hours with an easy verdict favoring Lilly and Prozac.

“Rumors began to circulate that [prior to the trial] attorney Smith had [illegally] made several oral agreements with Lilly concerning the evidence that would be presented, the structure of a postverdict settlement, and the potential resolution of Smith’s other [anti-Prozac] cases.”

In other words, the rumors said: This lawyer made a deal with Lilly to present a weak attack, to omit evidence damaging to Prozac, so that the jury would find Lilly innocent of all charges. In return for this, the case would be settled secretly, with Lilly paying out monies to Smith’s clients. In this way, Lilly would avoid the exposure of a public settlement, and through the favorable verdict would discourage other potential plaintiffs from suing over Prozac.

The rumors congealed. The judge in the case, John Potter, asked lawyers on both sides if “money had changed hands.” He wanted to know if the fix was in. The lawyers said no money had been paid.

Judge Potter didn’t stop there. In April 1995, Grinfeld notes, “In court papers, Potter wrote that he was surprised that the plaintiffs’ attorneys [Smith] hadn’t introduced evidence that Lilly had been charged criminally for failing to report deaths from another of its drugs to the Food and Drug Administration.”

Judge Potter alleged that “Lilly sought to buy not just the verdict, but the court’s judgment as well.”

In 1996, the Kentucky Supreme Court issued an opinion on all this: “… there was a serious lack of candor with the trial court and there may have been deception, bad faith conduct, abuse of the judicial process or perhaps even fraud.”

After the Supreme Court remanded the case back to the state attorney general’s office, the whole matter dribbled away, and then resurfaced in a different form, in another venue. Finally, the original judgment in the case was allowed to stand. Lilly had won the battle.

It’s important to note that the violence-inducing effects of Prozac apply, as well, to the other SSRI antidepressants, such as Zoloft, Paxil, Luvox, and Lexapro.

After commenting on some of the adverse effects of the antidepressant drug Prozac, psychiatrist Peter Breggin notes, “From the initial studies, it was also apparent that a small percentage of Prozac patients became psychotic.”

Prozac, in fact, endured a rocky road in the press for a time. Stories on it rarely appear now. The major media have backed off. But on February 7th, 1991, Amy Marcus’ Wall Street Journal article on the drug carried the headline, “Murder Trials Introduce Prozac Defense.” She wrote, “A spate of murder trials in which defendants claim they became violent when they took the antidepressant Prozac are imposing new problems for the drug’s maker, Eli Lilly and Co.”

In his landmark book, Toxic Psychiatry, Dr. Breggin mentions that the Donahue show (Feb. 28, 1991) “put together a group of individuals who had become compulsively self-destructive and murderous after taking Prozac and the clamorous telephone and audience response confirmed the problem.”

Breggin also cites a troubling study from the February 1990 American Journal of Psychiatry (Teicher et al, v.147:207-210) which reports on “six depressed patients, previously free of recent suicidal ideation, who developed ‘intense, violent suicidal preoccupations after 2-7 weeks of fluoxetine [Prozac] treatment.’ The suicidal preoccupations lasted from three days to three months after termination of the treatment. The report estimates that 3.5 percent of Prozac users were at risk. While denying the validity of the study, Dista Products, a division of Eli Lilly, put out a brochure for doctors dated August 31, 1990, stating that it was adding ‘suicidal ideation’ to the adverse events section of its Prozac product information.”

An earlier study, from the September 1989 Journal of Clinical Psychiatry, by Joseph Lipiniski, Jr., indicates that in five examined cases, people on Prozac developed what is called akathisia. Symptoms include intense anxiety, inability to sleep, the “jerking of extremities,” and “bicycling in bed or just turning around and around.”

Breggin comments that akathisia “may also contribute to the drug’s tendency to cause self-destructive or violent tendencies … Akathisia can become the equivalent of biochemical torture and could possibly tip someone over the edge into self-destructive or violent behavior … The June 1990 Health Newsletter, produced by the Public Citizen Research Group, reports, ‘Akathisia, or symptoms of restlessness, constant pacing, and purposeless movements of the feet and legs, may occur in 10-25 percent of patients on Prozac.'”

Akathisia can also occur after taking a non-SSRI antidepressant, Wellbutrin.

California Lawyer magazine, in its December 1998 article, “Protecting Prozac,” mentions highly qualified critics of Prozac: “David Healy, MD, an internationally renowned psychopharmacologist, has stated in sworn deposition that ‘contrary to Lilly’s view, there is a plausible cause-and-effect relationship between Prozac’ and suicidal-homicidal events. An epidemiological study published in 1995 by the British Medical Journal also links Prozac to increased suicide risk.”

There are other studies: “Emergence of self-destructive phenomena in children and adolescents during fluoxetine [Prozac] treatment,” published in the Journal of the American Academy of Child and Adolescent Psychiatry (1991, vol.30), written by RA King, RA Riddle, et al. It reports self-destructive phenomena in 14% (6/42) of children and adolescents (10-17 years old) who had treatment with Prozac for obsessive-compulsive disorder.

July, 1991. Journal of Child and Adolescent Psychiatry. Hisako Koizumi, MD, describes a thirteen-year-old boy who was on Prozac: “full of energy,” “hyperactive,” “clown-like.” All this devolved into sudden violent actions which were “totally unlike him.”

September, 1991. The Journal of the American Academy of Child and Adolescent Psychiatry. Author Laurence Jerome reports the case of a ten-year old who moves with his family to a new location. Becoming depressed, the boy is put on Prozac by a doctor. The boy is then “hyperactive, agitated … irritable.” He makes a “somewhat grandiose assessment of his own abilities.” Then he calls a stranger on the phone and says he is going to kill him. The Prozac is stopped, and the symptoms disappear.

In the current case of the Empire State shooter, why don’t police and district attorneys immediately check on the accused’s psychiatric-drug status? Why isn’t that right at the top of the list?

Because, in a crime of murder, how many cops and prosecutors want to go to war with “psychiatric experts” and drug companies?

As time passes, fewer and fewer.

It may appear that the days of accusing psychiatric drugs of inducing murder are over, because “we have better knowledge now,” or “the newer drugs are safer.” That’s what the drug companies would like you to assume. But the truth is, the drugs are just as dangerous. The law-enforcement community has decided to take a pass, though. They would rather keep blinders on.

However, the configuration and unfolding of the James Holmes case in Aurora is going to ignite new fires, despite the police and FBI wanting to leave the lid on.

Warning: Sudden withdrawal from any psychiatric drug can be highly dangerous to the patient. See www.breggin.com for advice on this subject.

Jon Rappoport
The author of an explosive collection, THE MATRIX REVEALED, Jon was a candidate for a US Congressional seat in the 29th District of California. Nominated for a Pulitzer Prize, he has worked as an investigative reporter for 30 years, writing articles on politics, medicine, and health for CBS Healthwatch, LA Weekly, Spin Magazine, Stern, and other newspapers and magazines in the US and Europe. Jon has delivered lectures and seminars on global politics, health, logic, and creative power to audiences around the world.
www.nomorefakenews.com

About the author:
The author of an explosive new collection, THE MATRIX REVEALED, Jon
was a candidate for a US Congressional seat in the 29th District of
California. Nominated for a Pulitzer Prize, he has worked as an
investigative reporter for 30 years, writing articles on politics,
medicine, and health for CBS Healthwatch, LA Weekly, Spin Magazine,
Stern, and other newspapers and magazines in the US and Europe. Jon
has delivered lectures and seminars on global politics, health, logic,
and creative power to audiences around the world.
www.nomorefakenews.com 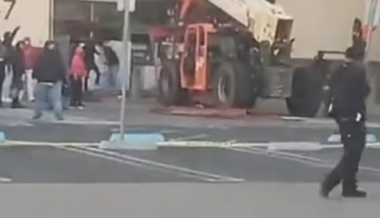