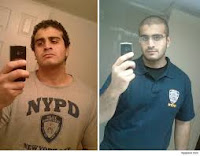 Editor’s note: Dr. Pieczenick utilized his considerable insight into the field of psychiatry to detect signs the shooter was gay before the media announced his sexual orientation.

This year’s Ramadan gave America another wake-up call that our country has become the new arena for domestic terrorism; as well as the fact that our entire intelligence/law enforcement community is severely impaired, corrupted if not completely, dysfunctional.

By now, the 29 year old Orlando gunman,Omar Mateen, who slaughtered forty-nine people and wounded another fifty three innocent victims [who happen to be gay] has become the poster boy for Islamic Inspired terrorism.

As someone who has had extensive experience in negotiating/neutralizing domestic/foreign terrorists [mostly Muslim] let me assert the following: 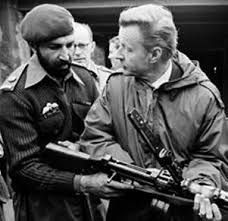 What we have here is another tragedy of immense proportions where our external/internal security/law enforcement organizations have failed us, again. In 9/11, these so-called intelligence agencies claimed that they were surprised and did not expect an attack. We know now that the FBI, CIA, MI, FAA were all involved in this stand-down, false flag.

Fourteen years later and several more false flags including “Sandy Hook” and other nonsensical tragedies, we still find ourselves with the most incompetent POTUS we have ever had; as well as his blathering entourage of sycophants.

Now, we have an intelligence community bereft of skills, successes, or any semblance of competency after trillions of dollars were wasted on hiring Booz Allen Contractors [Edward Snowden]; G4S employees; creating the Office Of the Director of National Intelligence [DNI]; increasing CIA outreach with their Drone Wars; and allowing the FBI to spend more time self-aggrandizing itself than  protecting us from national security violations [Hillary Clinton]. 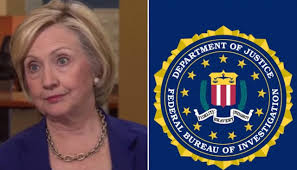 We have a DisneyWorld of multiple domestic/foreign agencies created to protect us from external threats; yet they are the very cause of the terrorist problems.From 9/11 onward, the CIA/FBI have been intimately involved in dastardly acts of killing domestic and foreign so-called terrorists as a way of maintaining fear and control over 350million citizens in the USA.

As we know now, Al Qaeda, ISIS and other groups have been created and supplied by our own intelligence organizations with the assistance of erstwhile allies like Pakistan, Afghanistan,Israel, Saudi Arabia,UAE. From the very beginning of Obama’s tenure, I warned that he was and is a CIA creation, bought and sold like a child slave on the whimsical markets of an American domestic pedophile ring (aka politics). 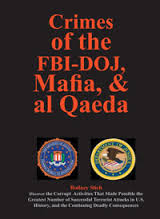 Bush Sr. and his impaired son, Bush Jr, were the beneficent gifts bestowed upon our taxpaying citizens by the CIA; and enveloped by the nonsensical ineffectiveness of the Secret Service, FBI, and the wastrel organization: Homeland Security.

From my very early days in hostage negotiations, starting with the 1977 Hanafi Muslim Hostage Siege in Washington, DC, I had to override the complete incompetency of both the CIA operative who was there; as well as, the senile Director of the FBI and his SWAT team/shooters. As stated, President Jimmy Carter and his White House staff were as bad as Obama and his neophyte staff– and completely ignorant of any strategies/tactics that might have to be employed in order to rescue hostages in three different buildings.

Now with our military descended into an abyss of self-destruction despite a pension fund that is rich with pork belly entitlements and retirement packages.Our designated rulers and courtesans have fleeced us of any legitimate claim to decency, stability or credulity. We have become a DisneyWorld of pretense and political-correctness in the guise of the three lettered agencies scattered all over our USG.

I want to thank all of our domestic agencies: FBI, CIA, Secret Service, Homeland Security, ATF, DNI, et.al.—for accomplishing the one impossible task that the Soviet Union.. or, even Communist China was not able to do—-destroy our great American society!

My solution: Let each state decide whether they want to secede from the union.

Napoleon Bonaparte had written the appropriate statement for what America was… and has now become:

“Glory is fleeting, but obscurity is forever.” 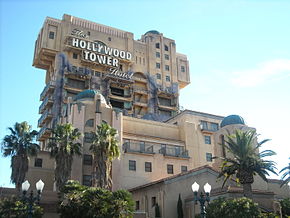 This article first appeared at http://pieczenik.blogspot.com.