Seven-year-old Gabriel Meyers didn’t want soup for lunch one Thursday in April, 2009. When his 23-year-old foster brother sent Gabriel to his room for dumping his soup in the trash, Gabriel threatened to kill himself. He kicked his toys around his room, then locked himself in the bathroom.

Police reports say Gabriel was home sick that day from his elementary school in Margate, Florida, under the care of Miguel Gould, his foster father’s son. Around 1 p.m., city police responded to Gould’s frantic 911 call and found Gabriel had hanged himself.

A troubled child who had previously suffered from neglect, sexual assault and abusive parenting, Gabriel spent the previous year shuttling among several foster parents while taking a constellation of anti-psychotic medicines, including Lexapro and Vyvanse, to control his depression and attention deficit hyperactivity disorder. Like most children in Florida foster care, Medicaid paid Gabriel’s medical expenses.

Just one month before his suicide, Gabriel’s doctor prescribed him Symbyax, an anti-depressant restricted for treatment of children. The medication’s FDA-required label features a warning that use of the drug by children or teenagers can lead to suicide.

Symbyax does not meet criteria established by Congress for Medicaid reimbursement, so it is illegal for Medicaid to pay for a prescription of the drug to a child. Sohail Punjwani, the doctor who prescribed Symbyax for Gabriel, received a stern letter from the FDA about his history of over-prescribing mental health drugs. 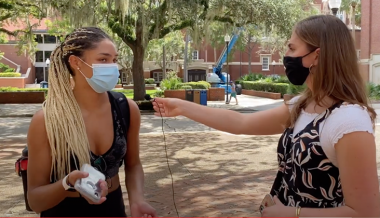