In the long sixty-year tortured history of the Palestinian expulsion from their lands, Congress has maintained that it is always the Palestinians, the Palestinian Authority, and now Hamas who are to blame for all hostilities and their consequences with the Israeli government.

The latest illustration of this Washington puppet show, backed by the most modern weapons and billions of taxpayer dollars annually sent to Israel, was the grotesquely one-sided Resolutions whisked through the Senate and the House of Representatives.

While a massive bombing and invasion of Gaza was underway, the resolution blaming Hamas for all the civilian casualties and devastation-99% of it inflicted on Palestinians-zoomed through the Senate by voice vote and through the House by a vote of 390 to 5 with 22 legislators voting present.

There is more dissent against this destruction of Gaza among the Israeli people, the Knesset, the Israeli media, and Jewish-Americans than among the dittoheads on Capitol Hill.

The reasons for such near-unanimous support for Israeli actions-no matter how often they are condemned by peace advocates such as Bishop Desmond Tutu, United Nations resolutions, the World Court and leading human rights groups inside and outside of Israel, are numerous. The pro-Israeli government lobby, and the right-wing Christian evangelicals, lubricated by campaign money of many Political Action Committees (PACs) certainly are key.

There is also more than a little bigotry in Congress against Arabs and Muslims, reinforced by the mass media yahoos who set new records for biased reporting each time this conflict erupts.

The bias is clear. It is always the Palestinians’ fault. Right-wingers who would never view the U.S. government as perfect see the Israeli government as never doing anything wrong. Liberals who do not hesitate to criticize the U.S. military view all Israeli military attacks, invasions and civilian devastation as heroic manifestations of Israeli defense.

The inversion of history and the scope of amnesia know no limits. What about the fact that the Israeli government drove Palestinians from their lands in 1947-48 with tens of thousands pushed into the Gaza strip. No problem to Congress.

Then the fact that the Israeli government cruelly occupied, in violation of UN resolutions, the West Bank and Gaza in 1967 and only removed its soldiers and colonists from Gaza (1.5 million people in a tiny area twice the size of the District of Columbia) in 2005. To Congress, the Palestinians deserved it.

Then when Hamas was freely elected to run Gaza, the Israeli authorities cut off the tax revenues on imports that belonged to the Gaza government. This threw the Gazans into a fiscal crisis-they were unable to pay their civil servants and police.

In 2006, the Israelis added to their unrelieved control of air, water and land around the open-air prison by establishing a blockade. The natives became restless. Under international law, a blockade is an act of war. Primitive rockets, called by reporters “wildly inaccurate” were fired into Israel. During this same period, Israeli soldiers and artillery and missiles would go into Gaza at will and take far more lives and cause far more injuries than those incurred by those rockets. Civilians-especially children, the infirm and elderly-died or suffered week after week for lack of medicines, medical equipment, food, electricity, fuel and water which were embargoed by the Israelis.

Then the Israeli bombing followed by the invasion during the past three weeks with what prominent Israeli writer Gideon Levy called “a brutal and violent operation…far beyond what was needed for protecting the people in its south.” Mr. Levy observed what the president of the United Nations General Assembly, Miguel d’Escoto Brockmann called a war against “a helpless and defenseless imprisoned population.”

The horror of being trapped from fleeing the torrent of the most modern weapons of war from the land, air and seas is reflected in this passage from Amira Hass, writing in the leading Israeli newspaper Haaretz:

“The earth shaking under your feet, clouds of choking smoke, explosions like a fireworks display, bombs bursting into all-consuming flames that cannot be extinguished with water, mushroom clouds of pinkish-red smoke, suffocating gas, harsh burns on the skin, extraordinary maimed live and dead bodies.”

Ms. Hass is pointing to the use of new anti-civilian weapons used on the Gazan people. So far there have been over 1100 fatalities, many thousands of injuries and the destruction of homes, schools, mosques, hospitals, pharmacies, granaries, farmer’s fields and many critical public facilities. The clearly marked UN headquarters and UN school were smashed, along with stored medicines and food supplies.

Why? The Congressional response: “Hamas terrorists” everywhere. Sure, defending their Palestinian families is called terrorism. The truth is there is no Hamas army, airforce and navy up against the fourth most powerful military in the world. As one Israeli gunner on an armored personnel carrier frankly said to The New York Times: “They are villagers with guns. They don’t even aim when they shoot.”

Injured Gazans are dying in damaged hospital corridors, bleeding to death because rescuers are not permitted to reach them or are endangered themselves. Thousands of units of blood donated by Jordanians are stopped by the Israeli blockade. Israel has kept the international press out of the Gazan killing fields.

What is going on in Gaza is what Bill Moyers called it earlier this month – “state terrorism.” Already about 400 children are known to have died. More will be added who are under the rubble.

Since 2002, more than 50 Arab and Muslim nations have had a standing offer, repeated often, that if Israel obeys several UN resolutions and withdraws to the 1967 borders leaving 22 percent of the original Palestine for an independent Palestinian state, they will open full diplomatic relations and there will be peace. Israel has declined to accept this offer.

None of these and many other aspects of this conflict matter to the Congress. Its members do not want to hear even from the Israeli peace movement, composed of retired generals, security chiefs, mayors, former government ministers, and members of the Knesset. In 60 years these savvy peace advocates have not been able to give one hour of testimony before a Congressional Committee.

Maybe members of Congress may wish to weigh the words of the founder of Israel, David Ben-Gurion, years ago when he said:

“There has been anti-Semitism the Nazis Hitler Auschwitz but was that their [the Palestinian’s] fault? They only see one thing: We have come here and stolen their country.”

Doesn’t that observation invite some compassion for the Palestinian people and their right to be free of Israeli occupation, land and water grabs and blockades in the 22 percent left of Palestine? 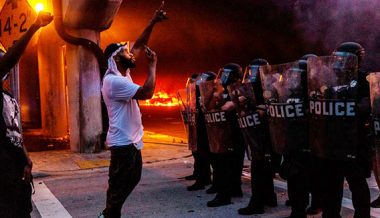