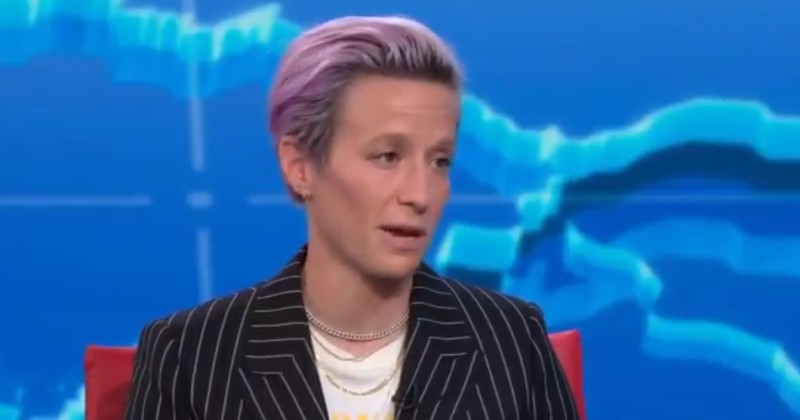 Asked if she would visit the White House following USA’s World Cup win, Rapinoe said, “I would not go and every teammate that I’ve talked to specifically about it would not go.”

Megan Rapinoe on White House visit: "I would not go and every teammate that I've talked to specifically about it would not go." pic.twitter.com/zYtKInNwhN

“I don’t think anyone on the team has any interest in lending the platform that we worked so hard to build and the things that we fight for and the way that we live our life, I don’t think we want that to be co-opted or corrupted by this administration,” she added.

Rapinoe was previously involved in an incident after the final in which she allowed the U.S. flag to fall on the ground, which is widely considered a gross insult.

She also previously said she would never sing the national anthem ever again because she was inspired by Colin Kaepernick and in her own words, “I feel like I’m a walking protest”.

Rapinoe also repeatedly whined about women soccer players being paid less than men, despite the fact that the Women’s World Cup earned $5,869,000,000.00 less in revenue than the men’s World Cup.

Maybe Trump should respond to Rapinoe by inviting the under-15 Dallas Academy boys team to the White House instead.