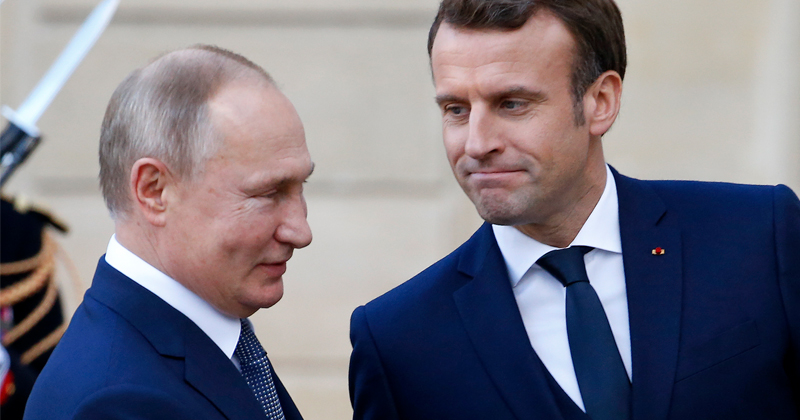 According to the Kremlin press service statement, Putin and Macron primarily discussed the situation in Syria. The Russian president spoke on the implementation of agreements inked by Moscow and Ankara.

“The situation in Syria was discussed. Vladimir Putin spoke about the progress in the implementation of the Russian-Turkish agreements in the northeast of the country and Idlib. The importance of a decisive fight against terrorism and close coordination of actions in this area was emphasized by both sides”, the statement said.

Putin and Macron stressed the importance of fighting terrorism and the coordination of anti-terror actions.

The presidents also touched on the crisis in Libya, stressing the need to resolve the situation by political and diplomatic means.

“In an exchange of views on Libya, the presidents noted the need to resolve the crisis politically and diplomatically. In this regard, support was confirmed by Russia and France for the mediation efforts of the UN and Germany on a peaceful settlement”, the statement said.

Putin and Macron also discussed the recent Normandy four summit in Paris, praising the agreements reached on 9 December. In addition, the presidents spoke of the transit of Russian gas to the European Union, through Ukraine.

“The president of Russia emphasized the need for consistent implementation of jointly-agreed steps, including the legal formalization of the special status of Donbass, ensuring a ceasefire regime and the exchange of detainees. Issues of Russian gas transit to EU states through the territory of Ukraine were touched upon“, the Kremlin said.

After a three-year hiatus, the leaders of Russia, France, Germany and Ukraine met in Paris last week in the Normandy format, to discuss the Donbass crisis settlement.

Prior to the meeting, Macron had long advocated for resuming the Normandy format. He also touched upon the matter with Putin at the talks at Fort de Bregancon in August, which were mainly seen as an attempt to heal ties with Moscow.