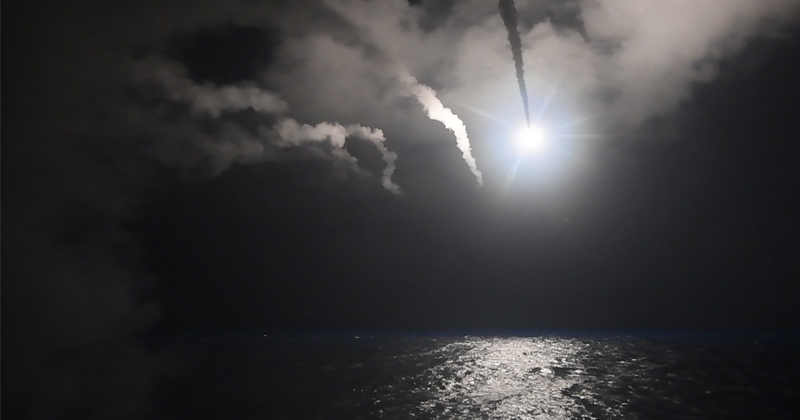 The Russian Armed Forces will scrutinize a recent cruise missile test, conducted by the US after ditching the landmark INF Treaty, and examine reciprocal measures. However, Moscow says it is not aiming for an arms race.

President Vladimir Putin has ordered the Defense Ministry and other bodies to “study the level of threat posed by these US actions and take exhaustive measures to prepare a symmetrical response.”

Putin was speaking just days after the US military test-fired a ground version of Tomahawk cruise missile that travelled about 500km (310 miles) before hitting a mock target.

The type of weapon, fired from a universal Mk-41 launch system in California, was banned under the 1987 Intermediate-Range Nuclear Forces (INF) Treaty which the US formally withdrew from on August 2.

Washington “vehemently denied the possibility of a sea-based Tomahawk missile being fired from the ground-based Mk-41,” Putin said. Hence, one “cannot deny” a breach of the now defunct treaty, he added. That said, it was no secret to Russia “that the US has been developing prohibited weapons for quite a long time.”

In recent years, Russia has consistently voiced unease over US missile systems, stationed in countries such as Romania, or potentially situated in countries such as Poland, being used for offensive purposes. Moscow became increasingly concerned about these types of launchers, but Washington has always turned a deaf ear to these concerns.

Now, a question arises, how do we know what will be put in place in Romania and Poland? Missile defense facilities or longer-range rocket strike systems?

Prior to the withdrawal from the INF, Washington accused Moscow of breaching the treaty by developing the 9M729 missile as well as launchers and associated equipment covered by the accord. Russia in turn said Washington failed to prove that the missile violated the deal and maintained that the US simply looked for a pre-text to withdraw from the accord.

As the US is no longer bound by the crucial agreement, Moscow is set to do everything to protect itself against emerging or existing threats, the president warned. Indeed, the Russian military seeks “the newest, unparalleled weapons systems,” but that effort has been strengthened by Washington’s withdrawal from another arms control deal, the Anti-Ballistic Missile Treaty (ABM) in 2002.

We were forced to ensure the security of our people and our country. We’re doing it now and will be doing it in future.

Whatever the US’ intentions are, Russia – whose military budget is smaller than that of the US, China, Saudi Arabia, the UK, France, and Japan – “has never wanted, does not want, and will not want to engage in a costly arms race that would damage our economy.”

Infowars is on the ground in Hong Kong explaining what’s going on right now.