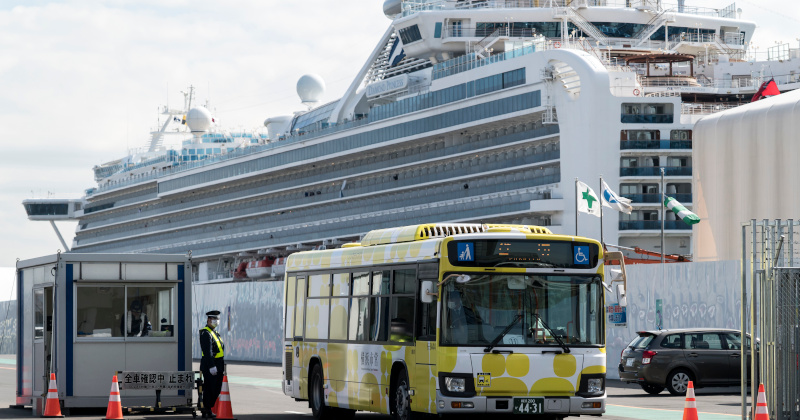 The Chinese death toll from the COVID-19 outbreak surpassed 2,000 people on Wednesday, as the rate of new infections slowed down.

New figures from China revealed there were more than 74,000 people infected with the virus, but the rate of new cases continued to slow.

Passengers began disembarking the Diamond Princess on Wednesday in Yokohama. The cruise ship was put under a two-week quarantine in a bid to contain the spread of the COVID-19 outbreak.

Passengers said on Twitter that they were given health check forms asking them for any signs of headache, fever or coughing, as officials continued to test for the coronavirus.

At least 542 of the more than 3,000 passengers on board were infected with the virus, making the ship the site of the largest cluster of infections outside China. The quarantine was heavily criticized, with some calling the ship a perfect incubator for the virus.

Japan’s Kyodo News reported that about 500 elderly people who tested negative would disembark first, in a process that could take up to three days.

“I am a bit concerned if I am okay to get off the ship, but it was getting very difficult physically,” a 77-year-old man told Kyodo News.

Crew’s quarantine period yet to start

The United States had already evacuated more than 300 of its citizens from the ship over the weekend. They are now quarantined in the US for two more weeks. Chartered flights were sent from Australia, Canada and Hong Kong to bring people home.

During the quarantine, those crew members who remained healthy continued to work, looking after the passengers. They even shared bedrooms and ate together.

Some of the more than 1,000 staff on board did contract the virus and were moved to medical facilities. For the healthy crew, their 14-day quarantine period will only begin when the last passengers leave the vessel.