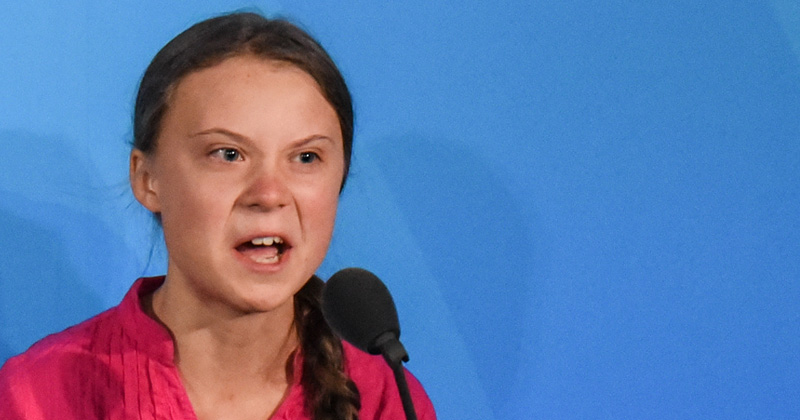 French President Emmanuel Macron did not hide his frustration with Greta Thunberg’s furious attack on world leaders – himself included – at the UN, displaying a change of heart since hosting her last year.

The environmental activist had a productive day at the UN on Monday, berating the delegates for “betraying young people” through their inaction in tackling the climate crisis.

She also added a legal complaint to her itinerary, pressuring five countries, including France, to get back on track with the emissions goals they decided on in the 2015 Paris Agreement.

Speaking with Europe 1 radio, Macron denounced the 16-year-old’s “radical” stance which, he says, erodes common ground in the battle against climate change.

The French president, who hosted Thunberg at the Elysée Palace less than a year ago, said it would be more productive to aim the gun of her rhetoric at nations who stand aside while the world tries to solve the climate problem. He was referring to Poland, Czech Republic, Hungary, and Estonia, which prevented the EU from adopting a pledge to cut carbon emissions to net zero by 2050.

Their rendezvous in February lasted for nearly two hours and was documented in photos with Macron hugging the activist paternally.

The French president recalled the meeting in May, praising the girl’s energy and efforts in a tweet.

Macron, with his famous phrase “there is no planet B,” likes to style himself as a leading defender of the global climate, in contrast to US President Donald Trump, who withdrew the US from the Paris climate accord. So, however distressed Macron may be by Thunberg’s actions, he made sure to speak positively about the mobilization of young people on the climate-change front, saying “we need youth to assist us in putting pressure on those who block, in bringing them to action.”

The teenage campaigner is also known for her position against air travel, spearheading the ‘flight shame movement.’ She made it to New York after a 15-day voyage in a sailboat across the Atlantic.

Macron is often criticized by environmental activists at home for the “mini steps” taken by France to combat climate change, as described by his former environment minister, Nicolas Hulot, who dramatically announced his resignation in a live broadcast last year in protest over Macron’s climate policies.

Eco-fascist Greta Thunberg released a hate-filled rant and looked at Donald Trump with a gaze that would turn mortal men to stone.