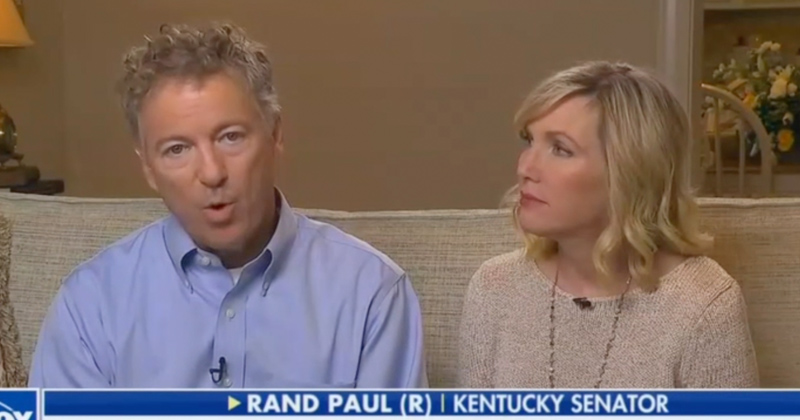 In a rare interview regarding his health, Senator Rand Paul told Fox News that he is still recovering from being violently attacked by a mentally disturbed neighbor two years ago, but that one of the most disturbing aspects of the incident is the continued hatred being directed his way by a ‘left wing mob’.

“[O]ne of the disturbing things, though, is to see that there’s still so much hatred out there. We announced that I was having surgery and thousands of people on Twitter are swarming to wish … that I had either died or that someone would assault me again,” Paul urged.

“This is supposed to be a right-wing phenomenon, but I see thousands of people on Twitter, this left-wing mob wishing that I were dead, and I’m like, ‘Who are these people?” he added.

The Senator also noted that actor Tom Arnold was one of the people who wished someone would assault Paul again, in a tweet that was retweeted by Rep. Ilhan Omar (D-MN).

Congresswoman Ilhan Omar retweeting calls for political violence against @randpaul. I’m not surprised, and look forward to the forthcoming silence from the media on the issue. pic.twitter.com/r9BQloVoL9

A similar tweet was sent out by ‘singer’ Bette Midler.

Elsewhere during the interview, Paul criticized his attacker’s 30-day prison sentence, saying that it was on a par with a punishment for “shoplifting.”

“Thirty days is kind of what you’d give a shoplifting person, or a very, very minor crime,” he stated.

Paul is a Libertarian, and is known for being fiscally conservative. He is not a populist. Although he agrees with the president on some issues, he certainly cannot be compared to Trump. Indeed, Paul often brings up points of contention with Trump.

Broadly speaking, much like his father, Paul is a much respected family man of values and principles, which form his politics.

But still, Paul has been continuously subjected to the most vile threats and hate from leftists.

This only goes to show how twisted this group really are.