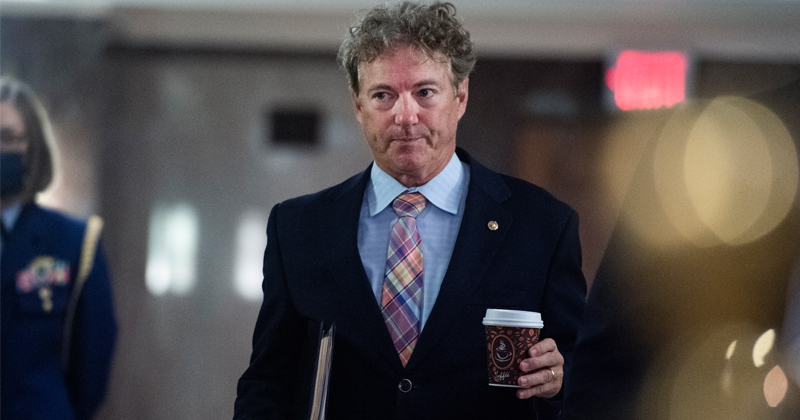 “I fear Biden will choose war again,” Paul asserted. “He supported war in Serbia, Syria, Libya. Joe Biden will continue to spill our blood and treasure. President Trump will bring our heroes home.”

“If you hate war like I hate war, if you want us to quit sending $50 billion every year to Afghanistan to build their roads and bridges instead of building them here at home, you need to support President Trump for another term,” said Paul, who has long been a fierce critic of former President Obama’s foreign policy, including overt intervention in Libya, and covert action toward destabilizing Syria.


He slammed Biden as a hawk who has “consistently called for more war” and with no signs anything would be different.

Interestingly, Sen. Paul has also in the recent past led foreign policy push back against President Trump – especially over the two times Trump has bombed Syria following alleged Assad chemical attacks, which Paul along with other anti-interventionists across the aisle like Tulsi Gabbard questioned to begin with.

But it appears Paul is firmly supportive of Trump’s newly released 50-point agenda for his second term outlining the Commander-in-Chief will “stop endless war” and ultimately bring US troops “home.” The plan still emphasized, however, the administration will “maintain” US military strength abroad while ‘wiping’ out global terrorism.

“President Trump is the first president in a generation to seek to end war rather than start one. He intends to end the war in Afghanistan. He is bringing our men and women home. Compare President Trump with the disastrous record of Joe Biden, who has consistently called for more war,” Paul said further.

Back during the primaries in 2016, Paul and Trump sparred intensely over national security questions:

I feel like this Rand Paul clip is relevant right now pic.twitter.com/0bynj3OPXL


He also highlighted Biden’s unrepentant yes vote to go to war in Iraq.

“I’m supporting President Trump because he believes as I do that a strong America cannot fight endless wars. We must not continue to leave our blood and treasure in Middle East quagmires,” Paul concluded.

Elsewhere in the approximately four-minute speech, Paul said Trump will fight “socialists poisoning our schools and burning our cities.”