On the one hand, farm bill amendments seem liberty-oriented, on the other, a slap in the face

Kentucky Sen. Rand Paul is a man currently shrouded in mystery. (Why on earth would he come out backing his father’s opposition before his father had even formally announced the end of his race?) 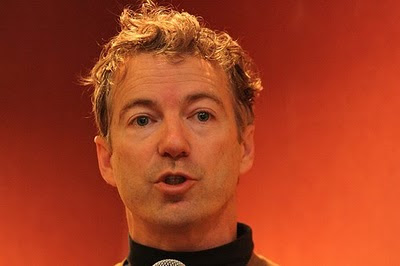 While we can nitpick the curiously innocent wording (for instance the use of “advance agricultural research,” probably meaning the authorization of companies such as Monsanto to continue GMO and other testing), the point of this article is to review Rand’s amendments.

We can start with the “good” first. He wants to repeal the 2008 Lacey Act, the amendment we reported led to the FBI raid on the Gibson guitar factory in 2011. This would be a great benefit to companies that import foreign items such as woods and other materials for use in domestic production.

Sen. Paul also would like to authorize the interstate shipment of unpasteurized (raw) milk, a key issue in the fight to keep our foods local, fresh, healthy, and free of additives. In addition, Sen. Paul has proposed an amendment that would give states flexibility in administering food stamps to assure a nutritious diet.

Where we start to see a shift in his proposals is when we arrive at one self-protection, or gun’s rights, amendment.

For some reason or other, Sen. Paul wants to prohibit Agriculture Department employees from carrying firearms “under certain circumstances.” At this point it is still vague which “circumstances” would prohibit employees from carrying, but this definitely flies in the face of everything the Paul movement seemingly stood for. In the liberty community, the right to bear arms and conceal carry are seen as basically the only things keeping our freedoms intact.

Hopefully Mr. Paul is trying to prevent things like the raiding of small pig farms in Michigan by armed government thugs, but in light of his recent actions, it’s hard to say.

Another amendment of contention in which Paul diverges radically from the “truth movement” is one in which he asks for Pakistani assistance “until Dr. Shakil Afridi is freed.” Dr. Afridi, of course, was accused of funneling intelligence to the US prior to the fabled raid on the bin Laden compound.

Secretary of State Hillary Clinton recently condemned Afridi’s arrest as “unjust and unwarranted.” According to Clinton, Afridi was supposedly “instrumental” in taking down the most wanted man in the world, Osama bin Laden. Afridi led a phony vaccination effort in Pakistan in attempts to help the CIA pinpoint bin Laden’s whereabouts. (Pakistan reportedly sentenced Alfridi to 33 years in prison for cutting off $33 million in US aid. (On a sidenote, 33 is a very important number in occultist circles)).

Regardless whether the Afridi story is real or not is irrelevant. The fact that Rand is either buying, has bought, or is attempting to sell the narrative fable of the bin Laden raid is what’s pertinent.

Infowars has extensively and exhaustively revealed the bin Laden raid as a fabricated narrative that was utilized at an opportune moment during Obama’s reelection campaign. The “raid” itself was timed such that it coincided with billionaire Donald Trump’s allegations that Obama’s purported birth certificate was in fact a fraud, a conjecture put to the test and verified by Infowars.

In the past, Congressman Ron Paul himself has, to the dismay of thousands of 9/11 truthers, denied his belief in “9/11 conspiracies,” and his son seems to be following right in his footsteps.

Have the Paul’s been co-opted by special interests? Have they knowingly, or unwittingly, been leading the truth movement astray? At this point, it’s hard to tell. Hopefully the son of the man we grew to love during an electrifying campaign cycle has some tricks up his sleeves.