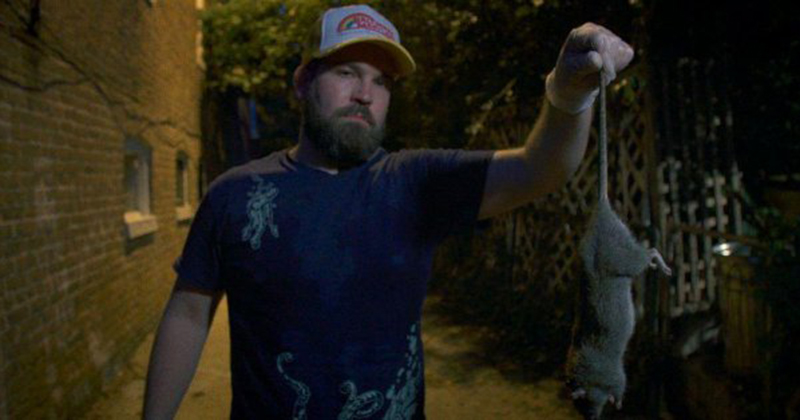 Despite now claiming that “it’s better to have a few rats than to be one,” The Baltimore Sun reported numerous times about the city’s ‘perpetual trash problem’ and the issue with rats, and it even covered the premiere of a documentary film about the issue.

Since President Trump flagged up the rat problem last week, the Baltimore Sun seems to have decided it isn’t so much of a problem anymore.

This is the perfect example of #TrumpDerangementSyndrome #TDS.

In April, the @baltimoresun was concerned about the trash in the city.

Only 3 months later, they are accepting of a rat infestation.

The following is from the above mentioned op ed:

Yet, here we are again in a mess of a city. Food containers, balled up clothes, paper, banana peels, plastic bags and tons of other pieces of litter line the shoulders of roads, pile up in alleys and are strewn across fields and yards. Not only is it unsightly and contributes to a rodent problem, but it can create a glum and gloomy feel in a time when the city is already facing self-esteem issues because of high crime and the scandal surrounding the University Maryland Medical System and Mayor Catherine Pugh, who’s now on an indefinite leave, and her Healthy Holly books.

Back in September 2018, the Baltimore Sun quoted then-Mayor Catherine Pugh as saying that the problem was so bad that “you can smell the rats.”

Another article from July 2018 included video of the rats at Lexington Market, forcing it to close down.

Baltimore has a rat problem. Even its mayor admits it. Why is Trump called a racist for bringing it up? pic.twitter.com/wDJ6rCr2V4

The newspaper also covered a documentary about the rats, which premiered at a local film festival in 2017 and aired on public television in 2018.

“Rat Film,” a documentary that takes the decades-long fight waged against Baltimore’s rat population and uses it as a lens through which to look at how the city has addressed myriad social issues over the decades, airs tonight on PBS.

Also the Baltimore Sun: "Here's a movie about our rats!"https://t.co/kiAy2MpJNN

In 2016, before he became President, the Baltimore Sun even AGREED with Trump after he described inner cities as a ‘disaster’ during the final presidential debate.

After Trump promised to “empower cities and states to seek a federal disaster designation,” the Baltimore Sun called the proposal “radical, revolutionary and just what urban America needs.”

Now, somehow, and with full encouragement by Democrats, everything Trump says is considered ‘racist’.

….a look, the facts speak far louder than words! The Democrats always play the Race Card, when in fact they have done so little for our Nation’s great African American people. Now, lowest unemployment in U.S. history, and only getting better. Elijah Cummings has failed badly!