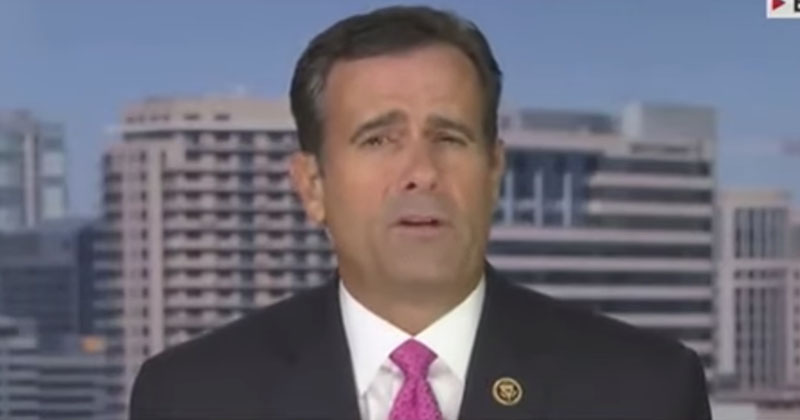 Disgraced former FBI deputy director Andrew McCabe will likely be indicted by the Justice Department for lying to the government, according to Rep. John Ratcliffe (R-Texas).

“Here, you have the inspector general stating that Andrew McCabe did that multiple times, and the magic words, did so intentionally and knowing,” Ratcliffe told “Sunday Morning Futures” host Maria Bartiromo.

“I think the Department of Justice is going to have to indict Andy McCabe, simply because to do otherwise would be to admit that there are separate standards for people doing the same thing for the same conduct.”

Ratcliffe added that the DOJ has little choice because they had “made a cottage industry out of charging people like General Flynn and George Papadopoulos for lying to investigators,” so a central standard must be upheld.

“I don’t know how you can’t indict him when he is engaged in the same conduct that other people have recently been charged for at the Department of Justice, particularly when your own watchdog says that those lies were done intentionally and knowingly and done repeatedly,” he said.

“You can’t really tell the public we’re going to treat people differently for the same conduct.”

Inspector General Michael Horowitz’s report on FISA abuses is believed to be released in the coming weeks, which the DOJ will use to inform them of any charges that must be handed down, including for McCabe and former FBI Director James Comey, who skated on charges of leaking classified memos to the press.

Andrew McCabe has been hitting all the talk shows and has made claims that President Trump “possibly” worked for Russia. Alex Jones calls in from the road to join Owen and Roger to break down this deep state manipulation.