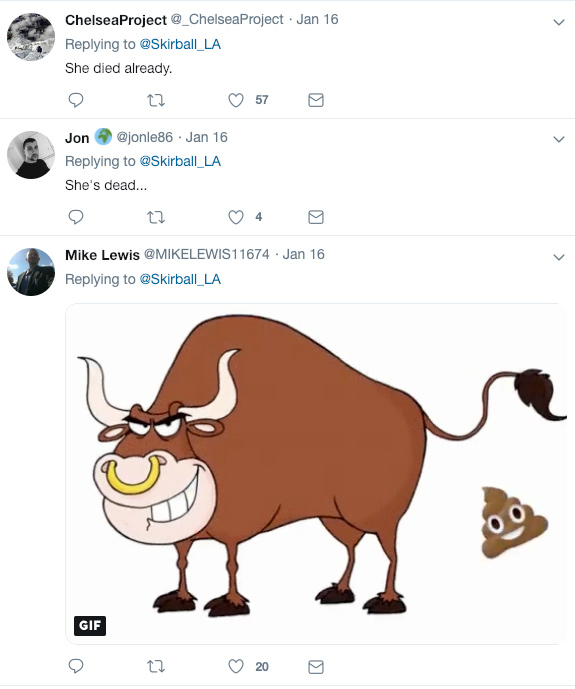 A speaking engagement featuring Supreme Court Justice Ruth Bader Ginsburg has been cancelled, fueling calls for the 85-year-old to resign.

Ginsburg was scheduled to appear at the Skirball Cultural Center in Los Angeles Tuesday, January 29, but the event will not be taking place due to her recovery from surgery. 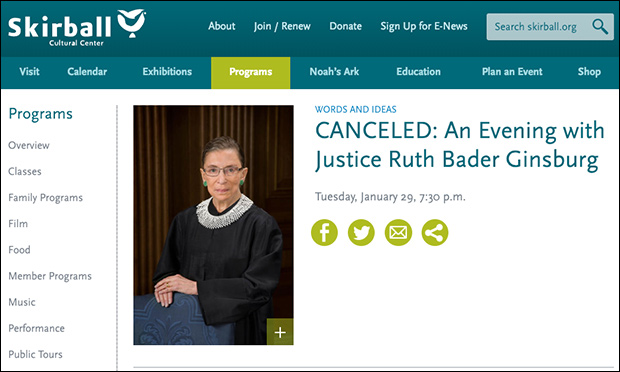 “Supreme Court Justice Ruth Bader Ginsburg regrets that she is unable to visit the Skirball on January 29. The Justice is curtailing travel and focusing on her work while recuperating from recent surgery. Thank you for your understanding.”

Likewise, a tweet posted by the museum last week indicated the Ginsburg event had been cancelled.

Update: An Evening with Justice Ruth Bader Ginsburg is CANCELED. The Justice regrets that she is unable to visit the Skirball on 1/29. She is curtailing travel and focusing on her work while recuperating from recent surgery. Thank you for your understanding.

The museum’s Twitter post was bombarded with users spreading the rumor that the incapacitated Justice would not be attending the event because she in all likelihood is dead.

We demand proof of Life now!!! I think she is unfit to be on the highest court

She is dead already!

The rumor regarding the SCOTUS Justice affectionately referred to as “RBG,” who has missed several days on the bench after being hospitalized last month following lung surgery, received fresh scrutiny in part due to a Fox News error in which they aired a graphic claiming she had died. 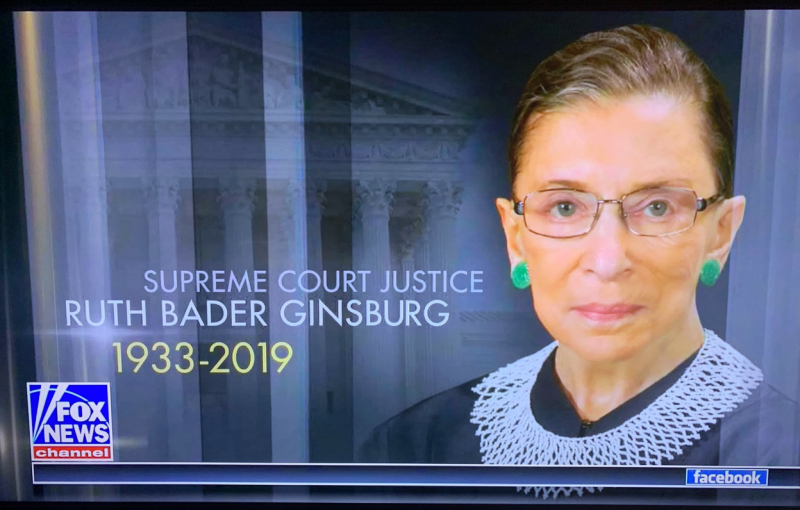 Ginsburg’s absence in the past days has sparked numerous calls on Twitter asking for proof that RBG is still alive.