Whatever true providence of video clip, brain eating vaccines are a fact

A video on You Tube appears to show a Pentagon briefing in which the idea of lobotomizing terrorists to remove their religious fanaticism using a manufactured virus containing a vaccine is seriously proposed, although debate has raged about whether the clip is authentic or not.

The footage shows a speaker giving a lecture to a handful of attendees and is accompanied by authentic-looking Department of Defense project ID numbers. According to the text on the clip, the lecture took place inside a Pentagon briefing room.

The speaker discusses how certain people are predisposed to be religious fundamentalists because they have an aggressive VMAT 2 (God) gene which causes them to act on their beliefs in fanatical ways.

After a member of the audience asks the speaker if the idea is to “by spreading this virus….eliminate individuals who are going on to a bomb fest, who are going into a market and blowing it apart,” the speaker confirms, “by vaccinating them against this, we’ll eliminate this behavior.”

The question of how to implement the vaccine is answered by the speaker when he responds to the man in the audience, who raises doubts over the feasibility of performing CT scans on suspected terrorists rather than just “putting a bullet in their head”.

“The virus would immunize against this VMAT 2 gene and that would….essentially turn a fanatic into a normal person, and we think that would have major effects in the Middle East,” states the speaker.

The audience member then asks, “How do you suggest this can be dispersed, via an aerosol?” – to which the speaker responds, “The present plan and the tests we’ve done so far have used respiratory viruses such as flu and we believe that’s a satisfactory way to get the exposure of the largest part of the population.”

The speaker confirms that the name of the proposal is “Funvax – the vaccine for religious fundamentalism.”

Debate over the video’s authenticity has raged over the course of the past year since the video was uploaded to You Tube.

Skeptics argue that the image of the brain scan used in the lecture, which according to the time stamp on the video took place in June 2005, is actually taken from a 2010 Neurology.org article on a completely different subject. The two images are also clearly the same brain, whereas the speaker in the clip claims they are from two different people.

The other point made by skeptics to illustrate that the clip is a hoax is the claim that the audio is not in time with the speakers on the video. This is a weaker argument – the audio would not be in perfect sync on a You Tube clip anyway, plus the back and forth exchanges between the two speakers allied with their hand gestures do appear to be authentic, in that the audience member is expressing genuine shock at the scope of the idea.

The only information about ‘Funvax’ comes from a single source, a website run by “supporters” of an individual named Joey Lambardi. There is no other confirmation or discussion of ‘Funvax’ from any official source or mainstream website.

Whatever the true providence of the video clip, the fact that brain eating vaccines which alter brain chemistry to perform a de facto lobotomy on the subject have been developed are now being promoted to the general public is a fact.

Back in 2010, Dr Robert Sapolsky, professor of neuroscience at Stanford University in California, announced that he had created a vaccine to impose a state of “focused calm” by altering brain chemistry.

The proposals ominously hark back to George Lucas’ 1971 dystopian chiller THX 1138, in which the population is controlled and subjugated through the use of special drugs to suppress emotion.

Feeling stress, getting angry, expressing emotion and displaying passion are all innate, natural and vital aspects of human behavior. Reacting with stress to dangerous or uncomfortable situations is an essential and healthy response, and is one shared by just about every living thing on the planet.

However, scientists are now telling us that getting angry, upset and passionate is abnormal and needs to be “treated” through a fresh dose of pharmaceutical drugs and injections that will virtually lobotomize us into submissive compliance.

Likewise, the notion that populations should be unwillingly vaccinated to lobotomize them of their religious beliefs is also clearly an abomination against free will and represents the ultimate tool of a scientific dictatorship. 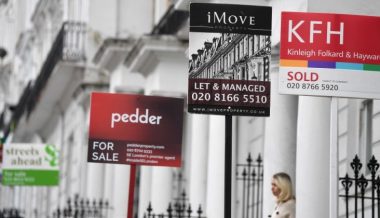