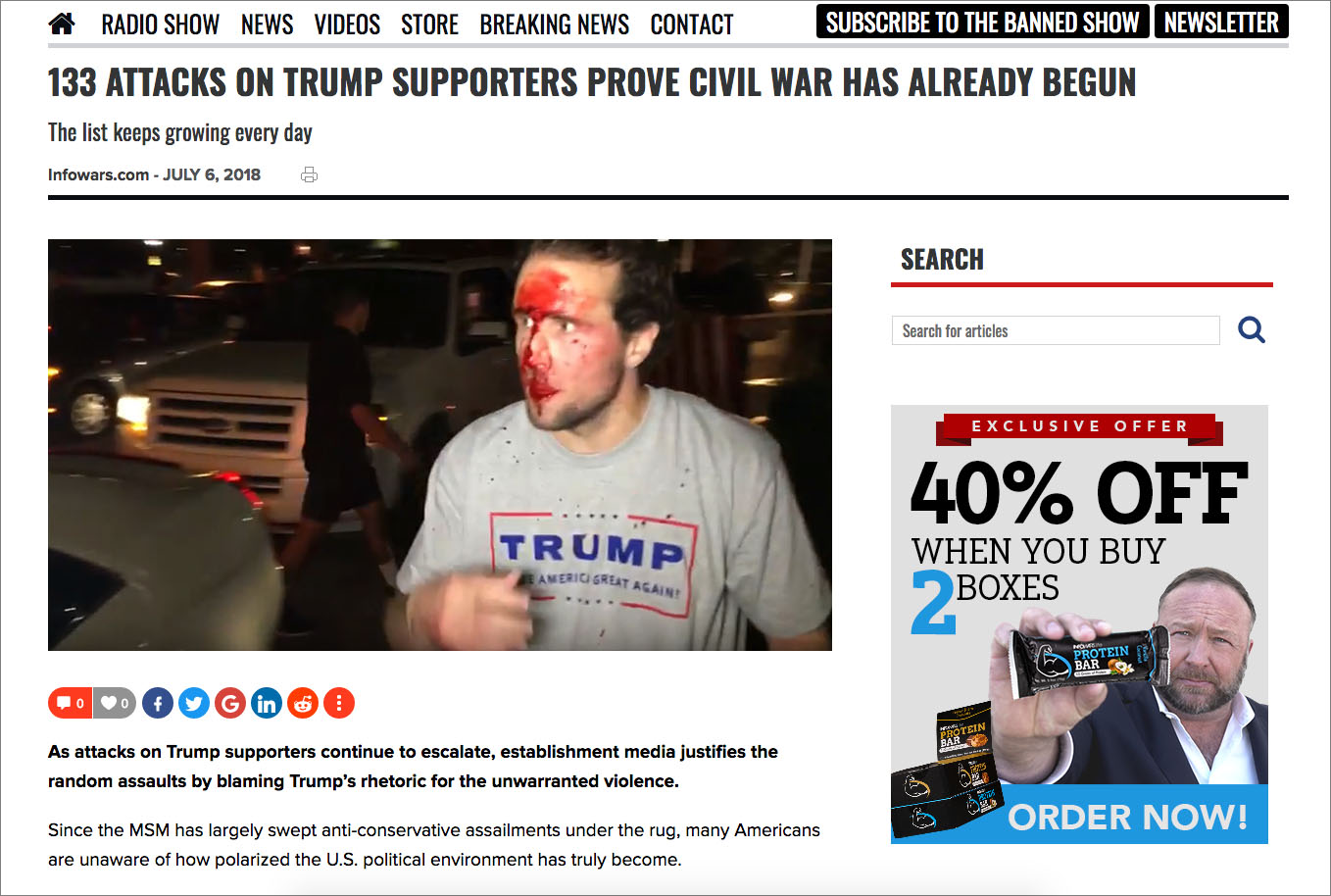 Update: Since the publication of this article on Thursday, both the student who was attacked and the student who filmed the assault have given interviews on national television.

Watch the sensational clips below to learn exactly what happened and note the irony that the student was reportedly attacked for exposing the Jussie Smollet hate crime hoax.

The student who was punched joined Sean Hannity for an exclusive interview.


Fox News interviewed the student behind the camera in the clip below:


A conservative student was attacked on the UC Berkeley campus Tuesday while recruiting members for Turning Point USA (TPUSA).

The physical assault was caught on camera and sent to TPUSA founder Charlie Kirk who Tweeted it out, saying, “Imagine if the attacker was wearing a MAGA hat.”

Imagine if the attacker was wearing MAGA hat, would be national news!

This is the violent left!

The video is going viral online as many point out the irony of the attack taking place amid the current scandal revolving around Empire actor Jussi Smollett’s fake political hate crime.

Will the latest in a string of attacks against Trump supporters be covered by mainstream media?

“We will not back down to the Leftist inspired hate mob that wants to silence us,” he added.

The student who recorded the altercation said, “a couple of people were really getting into the [TPUSA] guy’s face. Then, one of them flipped the table over. That was when I started filming. It all happened very quickly.”

After flipping the table and punching the TPUSA member in the face, the angry man called him a “racist little ignorant bitch” and punched him again before storming off and screaming, “Fucking cunt!”

Charlie Kirk, Kimberly Guilfoyle and others have suggested the attacker was a leftist who was triggered by the pro-Trump group’s opinions.

Twitter is already exploding with reactions to the alleged anti-conservative assault.

To everyone looking for a politically motivated hate crime to be angry about:

Here's video of a young conservative being attacked & beaten by a leftist on the campus of UC Berkeley.

I have verified the authenticity of the video.

The victim was recruiting for @TPUSA.

Freedom of speech is a staple American value… or it used to be!

Violent leftists at UC Berkeley attacked a @tpusa activist on campus. Video is disturbing@charliekirk11 is right. If attacker had been wearing MAGA hat this would be top story on every news broadcast in America! https://t.co/0B7Y6adUHb

SOMEONE IS GOING TO JAIL: @TPUSA activist punched in the face while recruiting at UC Berkeley https://t.co/BsoOpLNBzV

Last time I assisted our TPUSA activists at @UCBerkeley, someone threatened to assault me within 15 minutes of being on campus. I received a death threat a few hours later. Now my colleague gets assaulted to cheers from students. At this point, Berkeley is no better than a gang.

Why has this Leftist thug not been identified and arrested for assault? Someone knows this guy.

CAMPUS VIOLENCE: a conservative on UC Berkeley's campus was punched in the face while recruiting members for a @TPUSA chapter.

"Imagine if the attacker was wearing a MAGA hat, it would be national news." —@charliekirk11 https://t.co/wW3qnBUlbL

Imagine for a moment that the man doing the punching was wearing a MAGA hat. CNN, NBC, CBS… they’d all be playing this on NONSTOP… https://t.co/qcTWXK6F17

Another conservative student was assaulted on @UCBerkeley's campus. I just spoke to the survivor of the attack who is a dear friend of mine. He is in good spirits and plans on continuing to fight for conservative values on campus once his black eye is gone! What a bad a**! pic.twitter.com/g67Y9pAszD

Is @UCBerkeley going to have this punk arrested? https://t.co/B0w63gHkm0

The Reverend Al Sharpton is proof there are no penalties for hate hoaxes. Tucker Carlson and InfoWars take a close look at the Jussie Smollett Race Baiting Hoax and Al Sharpton’s checkered past.