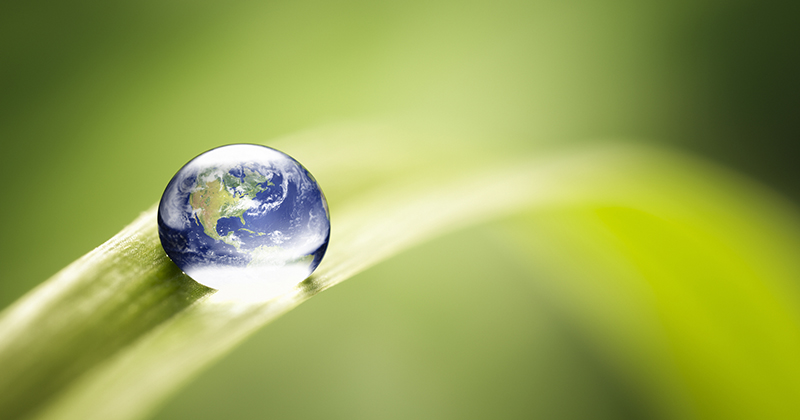 Just when you think that 2020 has been filled with enough trouble, even more stuff starts happening.

Coming into this week, we were already dealing with a new COVID-19 surge which has pushed the number of daily cases to the highest levels we have seen so far, a global economy which is in the process of imploding all around us, massive civil unrest in U.S. cities from coast to coast, and giant swarms of locusts that are wiping out farms all the way from eastern Africa to parts of India.  Unfortunately, now we have several more items to add to our growing list.

Let’s start by talking about an alarming new outbreak of locusts.  The following comes from a British news source…

The short-horned grasshoppers are capable of devouring the same amount of crops as 2,500 people would each day.

Some of you may have just read that paragraph and come to the conclusion that this is “old news”.

Judicial Watch gets access to information that finds that not only were aborted baby parts being trafficked, but the customer was none other than the federal “health” agencies so concerned about saving us from COVID. FDA was buying baby parts to create HM (humanized mice) and Francis Collins set up the the NIH as the brain trust, literally, for Transhumanism, to develop mind transfer and eternal life for elites.

After all, we have been hearing about the colossal armies of locusts in Africa for months, and I have published numerous articles about that unprecedented plague.

But the news story that I just quoted wasn’t talking about those locusts.  Instead, that report was about a brand new infestation that has erupted in Argentina, and one local official is saying that he has never seen anything like it ever before.

Just like on the other side of the Atlantic Ocean, these little critters are voraciously gobbling up everything in sight, and countless farms are being destroyed.

Now these swarms are heading for Brazil, and Brazilian officials are definitely extremely alarmed.  One of my readers in Brazil sent me an article about this emerging crisis from a Brazilian news source, and the following is a quote from that article which has been translated into English…

In approximately one square kilometer they can have up to 40 million insects, which in one day consume pastures equivalent to what 2,000 cows or 350,000 people eat, Argentine agronomist Héctor Medina told Reuters.

What would you do if 40 million locusts suddenly descended on your farm?

Of course the truth is that there would be very little that you could do that would make any sort of a difference.  Just like so many other farmers around the globe, you would simply watch as all of your hard work is completely wiped out.

Meanwhile, an absolutely gigantic plume of dust from Africa has crossed the Atlantic Ocean and is about to hit the United States.  The following comes from CBS News…

A massive plume of dust from the Sahara desert in northern Africa has been traversing the atmosphere, thousands of feet above the tropical Atlantic Ocean, and is now cloaking the Caribbean and closing in on the southeastern United States.

Every once in a while a dust plume from Africa can cross the ocean like this, but the monstrous one that we are witnessing right now is truly unusual.

In fact, one expert says that this is “the most significant event in the past 50 years”…

“This is the most significant event in the past 50 years. Conditions are dangerous in many Caribbean islands,” Pablo Méndez Lázaro, from the University of Puerto Rico’s School of Public Health, told the Associated Press.

As this plume travels across the U.S., air quality in some areas will drop precipitously.  Some of the dust has already arrived, but a “thicker layer” is projected to starting hitting Texas on Friday…

On Wednesday, the dust is forecast to move across the Gulf of Mexico toward Texas.

Thursday morning, people in places like Brownsville in Texas and Houston will likely wake up to a beautiful sunrise and a hazier than normal sky.

This thicker layer is likely to reach Texas by Friday and then take a turn to the east. If the forecast model is right, it will move over most of the Southeast and MidAtlantic states over the weekend.

On top of everything else, the west coast is starting to shake in a major way once again.  On Wednesday, southern California was struck by a magnitude 5.8 earthquake…

California residents received an emergency alert on their phones which read: “Earthquake! Expect shaking. Drop, Cover, Hold On. Protect yourself now. – USGS ShakeAlert”. The US Geological Survey (USGS) said the quake struck 17km south-southeast of Lone Pine. The tremor originated at a depth of 2.9km, with an epicenter around 17 kilometers south-east of Lone Pine.

According to a USGS interactive shake map the impact of the earthquake could be felt in the Death Valley National Park.

The earthquake has since been downgraded to 5.8 magnitude.

That quake was followed by numerous sizable aftershocks, including one that was measured to be magnitude 4.6.

Overall, there have been 2,267 earthquakes in California and Nevada over the last 7 days, and that is definitely alarming.

Farther south along “the Ring of Fire”, Mexico was hit by a magnitude 7.4 earthquake on Tuesday…

The 7.4-magnitude quake struck mid-morning, according to the U.S. Geological Survey. Its epicenter was off the Pacific coast about seven miles southwest of Santa María Zapotitlán, near the beach resort of Huatulco.

Very large seismic events are happening so frequently now that they barely make a blip on the news these days, and that is unfortunate because people need to wake up and understand that our planet is becoming increasingly unstable.

Here in the United States, scientists have been strongly warning us for years that we are way overdue for “the Big One” to hit California, and this is one of the things that I will be addressing in the new book that I am currently working on.

At some point there will be no more sand in the hourglass, and an unprecedented disaster will strike the west coast.  Let us pray that we still have quite a bit more time before that happens.

But nothing can stop the inexorable march of time, and the deeper we get into 2020 the crazier it gets.

Unfortunately, the truth is that this “perfect storm” is just getting started, and that means that what we have experienced up to this point is just the tip of the iceberg.