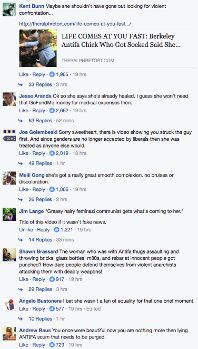 The mainstream media is having a terrible week, as they have been exposed as filthy liars by citizen-journalists, trolled on their own broadcasts, and even called ‘fake news’ by children on live television – and it’s only Wednesday.

While CNN’s Jim Acosta was reporting live from the White House Easter Egg Roll on Monday, a young boy managed to work his way into the shot and appeared to repeatedly mouth the words “fake news” at the camera while making an ‘X’ of rejection with his arms.

This is hardly the first time Acosta and CNN have been publicly shamed as being purveyors of fake news.

Politico fabricated a story that could only be birthed from inverted false reality, saying President Trump took a boy’s ‘Make America Great Again’ hat to autograph it, and then threw it rudely away into the crowd while laughing.

A kid asks Trump to sign his hat at the White House Easter Egg Roll. The president signs … and then tosses the hat into the crowd. pic.twitter.com/7ExdhpO97H

The video went viral, with major outlets including the Washington Post, Buzzfeed, and New York Magazine parroting the absurd lie for their outraged, gullible readers, and at the time of this writing, the original Tweet remains posted with over 19,000 shares.

The truth of the matter is that not only did Trump take the time to sign the boy’s hat, he also provided some added entertainment by deftly flicking it into the air – and directly into the waiting hands of its owner.

@politico Appears, in another angle, that he threw it back to the teen who handed it to him. https://t.co/LdEGQR7gvq

Jeff Halm, president of the Chicago Young Republicans, was participating in a round table discussion on his local CBS network affiliate when he said he grew weary of the line of questioning being used to hammer on the issue of President Trump’s tax returns.

He responded with one of Clinton’s most well-known lines, her callous and unbalanced rant during testimony to Congress regarding her involvement in the Benghazi massacre.

“What difference, at this point, does it make?” he asked.

A clueless CBS reporter ran with it, without a hint of irony or awareness of her ignorance.

You guys. I trolled my local CBS affiliate. They were asking about Trump's tax returns, so I quoted Hillary. The reporter has no idea. pic.twitter.com/rZhSRXNToG

Instead of scalping Nazis, ‘Moldylocks’ left bruised and battered after she entered the fray and punched a Marine veteran in the throat with what appears to be a weighted-knuckle glove (possibly illegal in California), and some reports indicate she may have been using glass bottles and/or explosives as weapons. 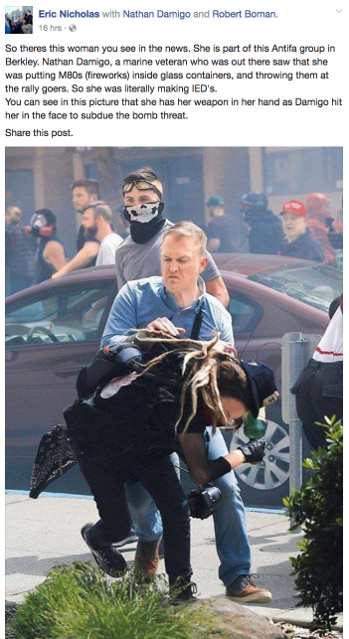 When journalist Tim Pool interviewed Moldylocks in the midst of the chaos, he asked if she would disavow Antifa’s deployment of explosives, to which she replied, “The revolution isn’t f**king easy.”

Rosealma later told CBS, “I wasn’t looking for a fight.”

KCBS was torn to pieces in the comments section of their Facebook post of the interview, which accompanied the article lionizing her as the “face of a movement.”

A scan of the current top 25 comments reveals zero support for the Antifa girl or her actions. 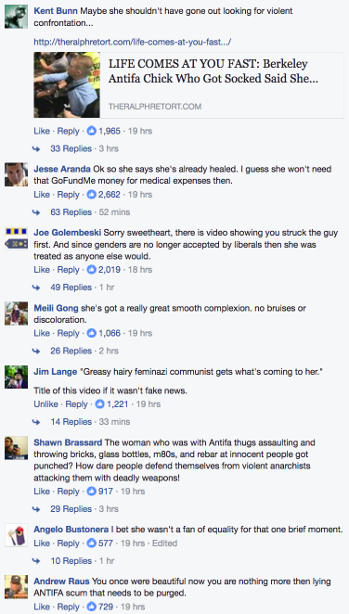 The mainstream media’s death spiral continues to play out as more and more people wake up from their blue pilled daze and join in to debunk the lies in real time. 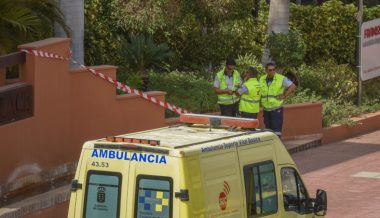