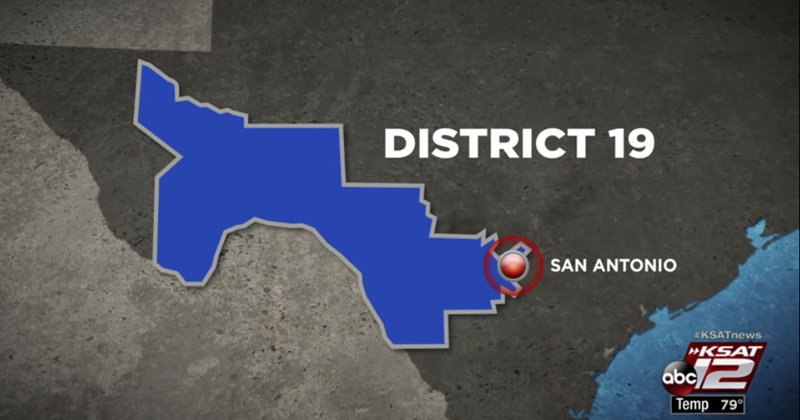 A Texas Republican made history in the state after flipping a district seat Democrats had held for over a century.

Flores, who received backing from major Texas Republicans including Gov. Greg Abbott, Lt. Gov. Dan Patrick, and Sens. John Cornyn and Ted Cruz, said he was ready to get to work right away.

“This district has not been Republican since Reconstruction. And in September of 2018, it’s Republican once again,” Flores said at his victory rally. “The work starts tomorrow.”

The 35,000-square mile district spans 17 counties and encompasses a 400-mile expanse of the Texas-Mexico border.

Flores’ win, secured by nearly 3,000 votes, gives Republicans a 2/3 majority in the state. Once a Republican supermajority is achieved, possibly in November, Republicans could “bring bills to the floor without any Democratic support,” reports MySanAntonio.com.

The District 19 seat was left vacant after Sen. Carlos Uresti’s June resignation following a conviction on 11 felony charges related to a Ponzi scheme which was found to have defrauded investors.

Republicans around the country hailed the victory as an auspicious “red wave” symbol of support for President Donald Trump’s policies, under which Hispanic unemployment rates have fallen to their lowest in history.

Told ya there is a RED WAVE 🌊 coming https://t.co/6x0zzsuRb8

Red Wave! San Antonio flipped a democrat out and voted in a Republican! https://t.co/CFvxFoukGj

Way to go Pete Flores! Come on TX..keep up the good work. I was living in TX not long ago and daughter and family still do. So pulling for all you Republicans to win. RED WAVE