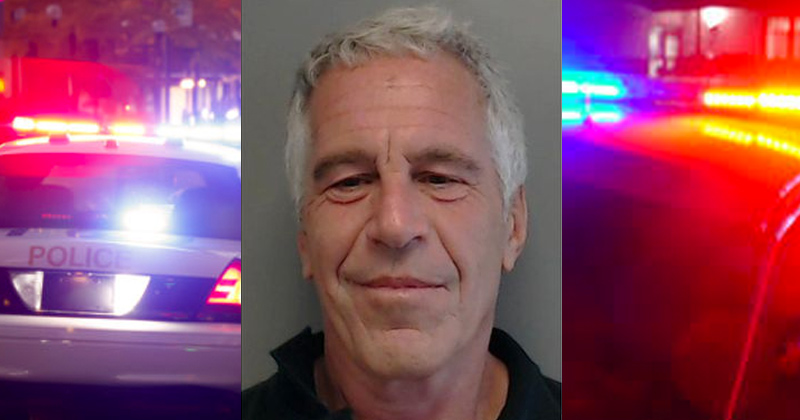 Best-selling author Vicky Ward reported Tuesday that Alexander Acosta told the Trump transition team when asked about his handling of Jeffrey Epstein’s case that “I was told Epstein ‘belonged to intelligence’ and to leave it alone.”

Epstein’s name, I was told, had been raised by the Trump transition team when Alexander Acosta, the former U.S. attorney in Miami who’d infamously cut Epstein a non-prosecution plea deal back in 2007, was being interviewed for the job of labor secretary. The plea deal put a hard stop to a separate federal investigation of alleged sex crimes with minors and trafficking.

“Is the Epstein case going to cause a problem [for confirmation hearings]?” Acosta had been asked. Acosta had explained, breezily, apparently, that back in the day he’d had just one meeting on the Epstein case. He’d cut the non-prosecution deal with one of Epstein’s attorneys because he had “been told” to back off, that Epstein was above his pay grade. “I was told Epstein ‘belonged to intelligence’ and to leave it alone,” he told his interviewers in the Trump transition, who evidently thought that was a sufficient answer and went ahead and hired Acosta. (The Labor Department had no comment when asked about this.)

[…] In 2007 and 2008, as the FBI prepared a 53-page indictment that would charge Epstein with sex crimes, Epstein’s powerful legal team played the influence card.

After the one meeting with then-U.S. Attorney Acosta, where presumably “intelligence” was mentioned, the indictment was shelved and, instead, Epstein signed a non-prosecution agreement with federal prosecutors, pleading guilty to one count of solicitation of prostitution and one count of procurement of minors for prostitution, which earned him a cushy 13 months in county jail, from where he was allowed to leave to work at his office and go for walks.

Vicky Ward talked about the case Monday on Democracy Now:

Here’s a clue as to what intelligence agency may be behind Epstein via The Memory Hole:

Epstein’s pals include heads of state, entrepreneurs, academics and research scientists, celebrities, and numerous beautiful women, notably Ghislaine Maxwell, daughter of media mogul Robert Maxwell (né Ján Ludvík Hyman Binyamin Hoch). Robert Maxwell, head of the Mirror Group Newspapers, was alleged to be a Mossad agent by Seymour Hersh in his 1991 book on Israel’s nuclear program, The Samson Option. Maxwell denied the charge and sued Hersh for libel, but he died in November 1991, and the suit died with him. Hersh countersued and eventually received an apology and a settlement.

Alex Jones warned the public about Jeffrey Epstein and his alleged horrific lifestyle he shared with some of the most influential power brokers on the planet.

This has led to the speculation that Ghislaine Maxwell has Mossad connections as well. She was instrumental in procuring young girls for Epstein, in a constant supply for his use, her own use, and for loans to others. According to the testimony of several of the girls involved, they not only serviced Epstein and Maxwell but also their associates, including Prince Andrew, Alan Dershowitz, and other powerful players. The girls were asked to bring back reports on their liaisons, which were sometimes filmed with hidden cameras. These look like high-end blackmail operations, with Epstein and Maxwell skimming sex off the top for their own sick pleasure.

Virginia Roberts, now married and using the name Virginia Giuffre, filed an affidavit in 2015 claiming that Ghislaine Maxwell recruited her in 1999 at age 15 while she had a summer job at Mar-a-Lago. Giuffre spent four years as Epstein’s “sex slave” and was also pimped out to Prince Andrew and Dershowitz (although both have strenuously denied the charges).

Jeffrey Epstein's madame was Ghislaine Maxwell, daughter of Robert Maxwell – a Mossad Agent. What are the odds Epstein was also working for Mossad? I mean the guy was blackmailing the top politicians/businessmen in the USA via underage sex. https://t.co/alUurM2eVb

As I reported yesterday, Ann Coulter said she believes Epstein may have a “state sponsor” and was running an obvious blackmailing operation.

“Epstein according to both the girls accounts, he wanted them to have sex with powerful men, come back to him and report on it, describe what they wanted what their fetishes were and he had cameras throughout the house so this is obviously for blackmailing purposes,” Coulter said.

“It just seems to me something much bigger is behind this — perhaps a state sponsor — powerful enough people … it just seems to me there’s something a very powerful force behind what’s going on here and I am still nervous about this not coming to a conclusion, somehow this getting compromised,” she said.