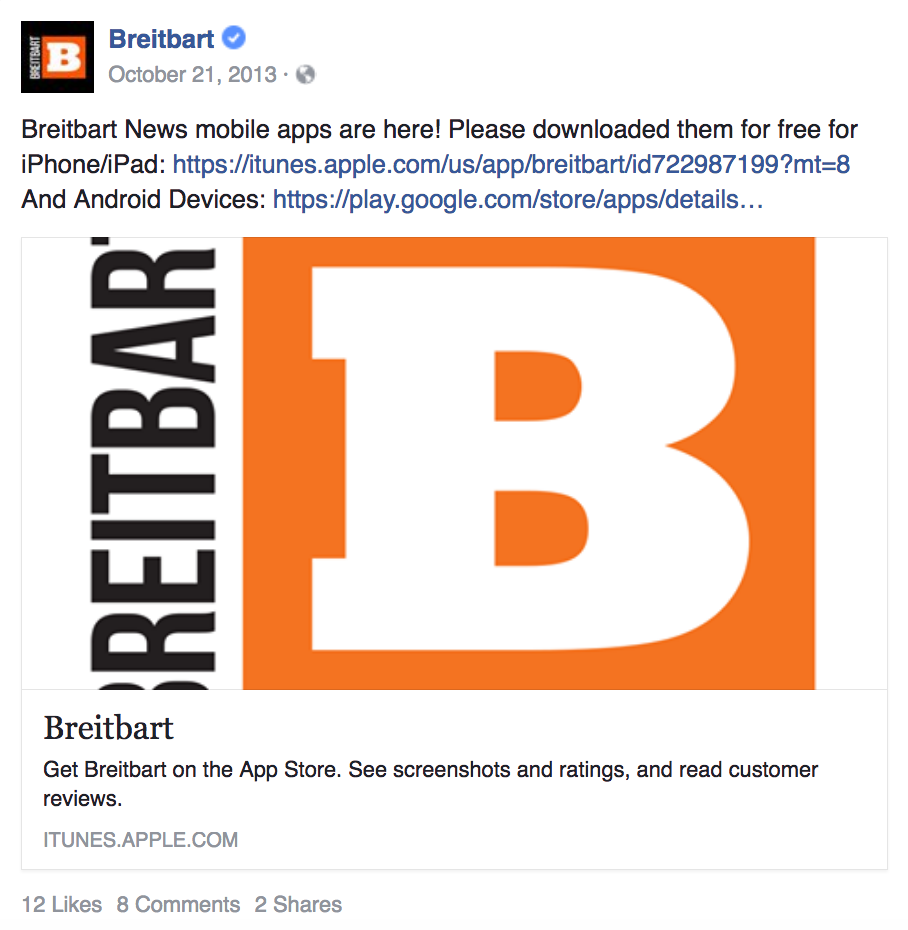 Update: After this article was published, Apple appeared to have reinstated the Breitbart app.

Apple has removed the Breitbart News app from their iTunes marketplace as the fascistic censorship of free speech and truth journalism kicks into high gear.

While the GooglePlay store still carries Breitbart’s Android-compatible app, there is now no official Breitbart app avail for Apple products, despite it having been available for the last three years.

Breitbart.com currently ranks 28th on SimilarWeb’s Top 100 U.S. Media sites, with over 168 million page views in October alone, but is a primary target for a massive, concerted effort by globalists to silence and suppress all opposition voices deemed arbitrarily as “fake news.”

The war on Breitbart has increased exponentially since CEO Steve Bannon was appointed to helm Donald Trump’s presidential campaign, and even more after Bannon was announced at the White House Chief Strategist.

Twitter has refused to verify Breitbart’s account, despite the outlet’s ranking as the top political social media publisher in the world, beating its closest competitor, the Huffington Post, by nearly two million interactions.

Breaking: Looks like Apple has removed Breitbart from their app Store

Neither Apple or Twitter have commented on these contentious decisions.

You can still download the Infowars Live app (for now) from the iTunes store.

Get the all new Infowars Prime app with special features before it’s censored right here!