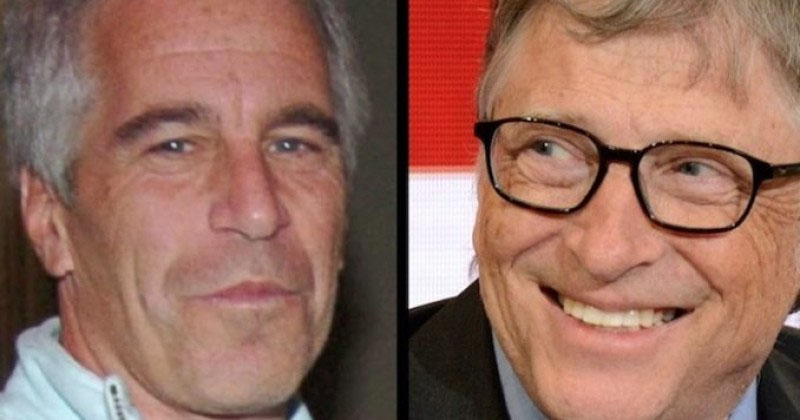 Microsoft founder Bill Gates met with pedophile financier Jeffrey Epstein multiple times despite his denials the billionaires ever had a relationship, according to reports.

Gates reportedly met with Epstein at least three times beginning in 2011 to discuss “philanthropy” but did not party together, according to Gates spokeswoman Bridgitt Arnold.

“Bill Gates regrets ever meeting with Epstein and recognizes it was an error in judgment to do so,” Arnold said. “Gates recognizes that entertaining Epstein’s ideas related to philanthropy gave Epstein an undeserved platform that was at odds with Gates’ personal values and the values of his foundation.”

“Over time, Gates and his team realized Epstein’s capabilities and ideas were not legitimate and all contact with Epstein was discontinued,” she added.

But in August, following Epstein’s suspicious “suicide,” Arnolds said that although Epstein tried to “aggressively pursue” Gates, “any account of a business partnership or personal relationship between the two is categorically false.”

Mr. Gates, the Microsoft co-founder, whose $100 billion-plus fortune has endowed the world’s largest charitable organization, has done his best to minimize his connections to Mr. Epstein. “I didn’t have any business relationship or friendship with him,” he told The Wall Street Journal last month.

In fact, beginning in 2011, Mr. Gates met with Mr. Epstein on numerous occasions — including at least three times at Mr. Epstein’s palatial Manhattan townhouse, and at least once staying late into the night, according to interviews with more than a dozen people familiar with the relationship, as well as documents reviewed by The New York Times.

Employees of Mr. Gates’s foundation also paid multiple visits to Mr. Epstein’s mansion. And Mr. Epstein spoke with the Bill and Melinda Gates Foundation and JPMorgan Chase about a proposed multibillion-dollar charitable fund — an arrangement that had the potential to generate enormous fees for Mr. Epstein.

“His lifestyle is very different and kind of intriguing although it would not work for me,” Mr. Gates emailed colleagues in 2011, after his first get-together with Mr. Epstein.

As we reported last month, Epstein and Gates worked together to funnel $2 million to the MIT research lab for unspecified projects, which the university later tried to cover up.

It’s also worth noting that Epstein frequently met with academics and philanthropists in a bid to realize his goals of “seeding the human race” in a bizarre eugenics program based at his New Mexico ranch where he wanted to impregnate dozens of young women.

Hedge Fund billionaire Jeffrey Epstein’s New York Mansion door was busted open and search warrants were issued. Meanwhile, Epstein was arrested by the FBI-NYPD Crimes Against Children Task Force at Teterboro Airport in New Jersey after flying in from Paris.