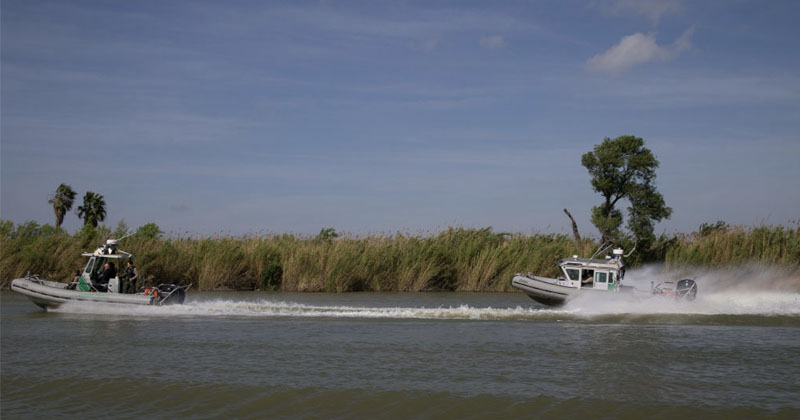 A U.S. Border Patrol boat was fired upon by cartel members in Texas in an attempt to prevent agents from discovering an underwater drug pulley system hidden in the Rio Grande River, according to documents obtained by investigative journalist Sarah Carter.

U.S. Border Patrol agents were reportedly unaware of the circumstances surrounding the attack at the time, but a Department of Homeland Security investigation found that the “Gulf Cartel” was trying to protect a secret pulley system used to smuggle large quantities of cocaine into America.

“We only found out from another agency,” a Texas Border Patrol official told Carter. “Management doesn’t even pass this shit off to us. Kept us in the dark and it would have been nice to know from a safety perspective.”

The incident occurred as cartel members began to “recover the bundles of cocaine on the pulley line, members of CDG began to fire at the USBP marine unit,” according to a law enforcement report. “CDG fired upon the Marine unit to prevent it from crossing and breaking the pulley line.”

Despite coming under heavy fire, no agents were injured.

“They reported they were fired upon from the Mexican riverbank and witnessed four subjects with automatic weapons who shot over 50 rounds at them. The boat was hit several times but no one on board was injured, according to the CBP at the time.”

Gerald Celente breaks down the immigration crisis and how it will play in to the next big economic crisis.