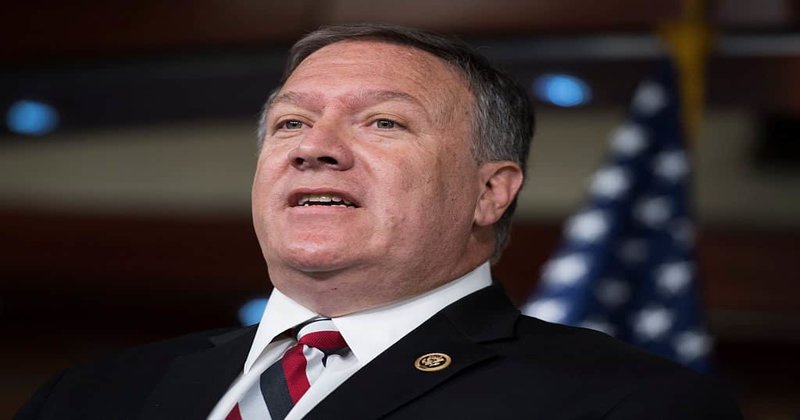 CIA Director Mike Pompeo has risen to the top of President Trump’s list of candidates to replace Secretary of State Rex Tillerson, whose position with the administration has been tenuous for some time, according to a report from Politico.

“The CIA director’s favored status in the West Wing has made him the odds-on choice to succeed Rex Tillerson as secretary of state, according to more than half a dozen administration officials and outside advisers familiar with the White House’s current plans,” reported Politico.

Pompeo, a former congressman from Kansas, has assumed a prominent role in the administration by giving Trump his daily intelligence briefing, where the president levels him with “questions about everything from national security threats to the internal dynamics of Congress.”

In private conversations with associates, Pompeo has reportedly said he expects Trump to tap him for the position sometime in the future and that he would gladly accept the job.

“Trump likes guys who finished first at West Point; that’s a Trump kind of guy,” said a friend of Pompeo’s. “He also likes people who have had considerable business and wealth-creating success.”

Another person close to the administration claimed Pompeo “probably spends more time with Trump than anyone who works on national security other than [national security adviser H.R.] McMaster.”

Despite strong disagreements with President Trump over the issue of alleged Russian interference in the 2016 election, Pompeo’s views on foreign policy are more closely aligned with Trump than those of Tillerson.

While Tillerson has vigorously denied previous reports indicating his position in the Trump cabinet was tenuous at best, speculation over his future has continued in light of continued disputes with Trump over North Korea, the Iran nuclear deal, and immigration – as well as reports he called President Trump a “f**king moron.”

“Pompeo is a skeptic toward the traditional thinking in Washington about Iran and North Korea,” said Ambassador Jim Jeffrey, a former deputy national security adviser to President George W. Bush. “Tillerson pushed back on policy things and at times he reflected that there’s always a diplomatic solution.”

“Pompeo will think outside the box. He’s also willing to not attack Trump openly, which most of this administration seems willing to do.”

A spokesman for the White House denied the Politico report, noting President Trump has confidence in Tillerson and his “entire national security team.”

“The president is very pleased with his entire national security team, which includes Secretary Tillerson and Director Pompeo,” declared Raj Shah, the White House’s principal deputy press secretary. “Together, they have led the world toward unprecedented pressure on North Korea, are crushing ISIS in Iraq and Syria and have convinced NATO members to contribute more to the common defense.”