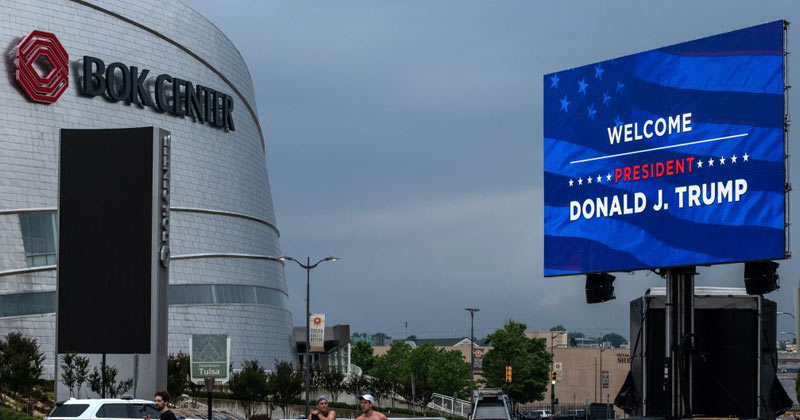 A Craigslist ad in Tulsa, Oklahoma, purportedly sought “Covid positive people” to visit the BOK Center on Saturday, where a Trump rally is set to take place.

According to an archived Tulsa.craigslist.org page, an unknown party was seeking people infected with the coronavirus to show up at the convention center “to work in a large scale test on transmission of the virus.”

“If you have been diagnosed as having the Covid virus and really want to make a difference, we are hiring 20 of you to work in a large scale test on transmission of the virus,” the now-deleted ad stated. 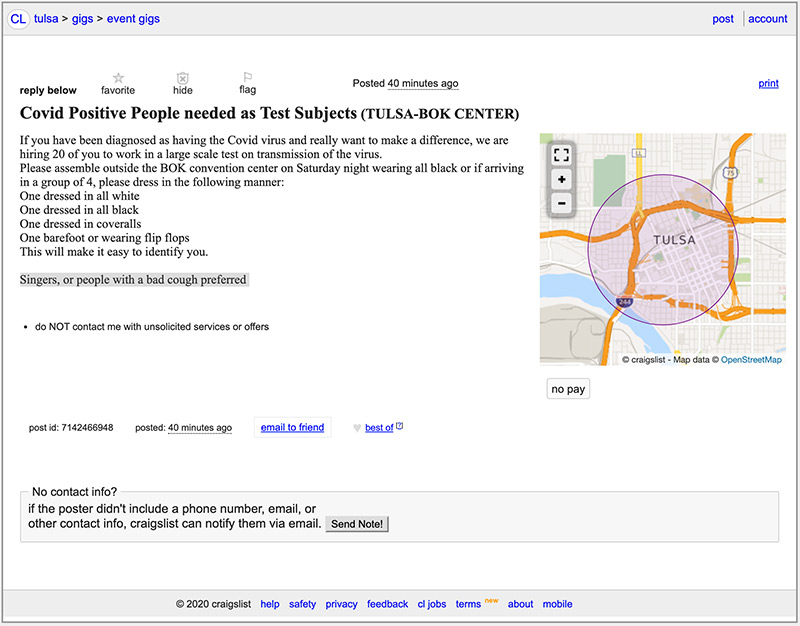 The ad proceeded to tell participants what attire to wear:

Please assemble outside the BOK convention center on Saturday night wearing all black or if arriving in a group of 4, please dress in the following manner:

Singers, or people with a bad cough preferred

The ad did not specify a dollar amount that participants would be paid.

Craigslist did not immediately respond to Infowars’ request for comment as of writing.

Earlier this week, a separate Craigslist ad, deemed fake by multiple sources, also attempted to frame the Trump campaign as soliciting “minority actors and actresses” for the rally in Tulsa.

More from KJRH on the fake “actor” ad:

According to Politifact, the ad, originally posted on Facebook, was flagged as a part of Facebook’s efforts to fight misinformation and fake news. Politifact said the ad is no longer on Craigslist and has been flagged for removal.

This latest Craigslist ad follows the same outline of the past ones that have been debunked, said Politifact.

Demani Felder comes on the War Room with Savanah, to share how he found a suspicious Craigslist listing in which someone was looking for a Covid-19 positive person to attend the Trump Tulsa rally.