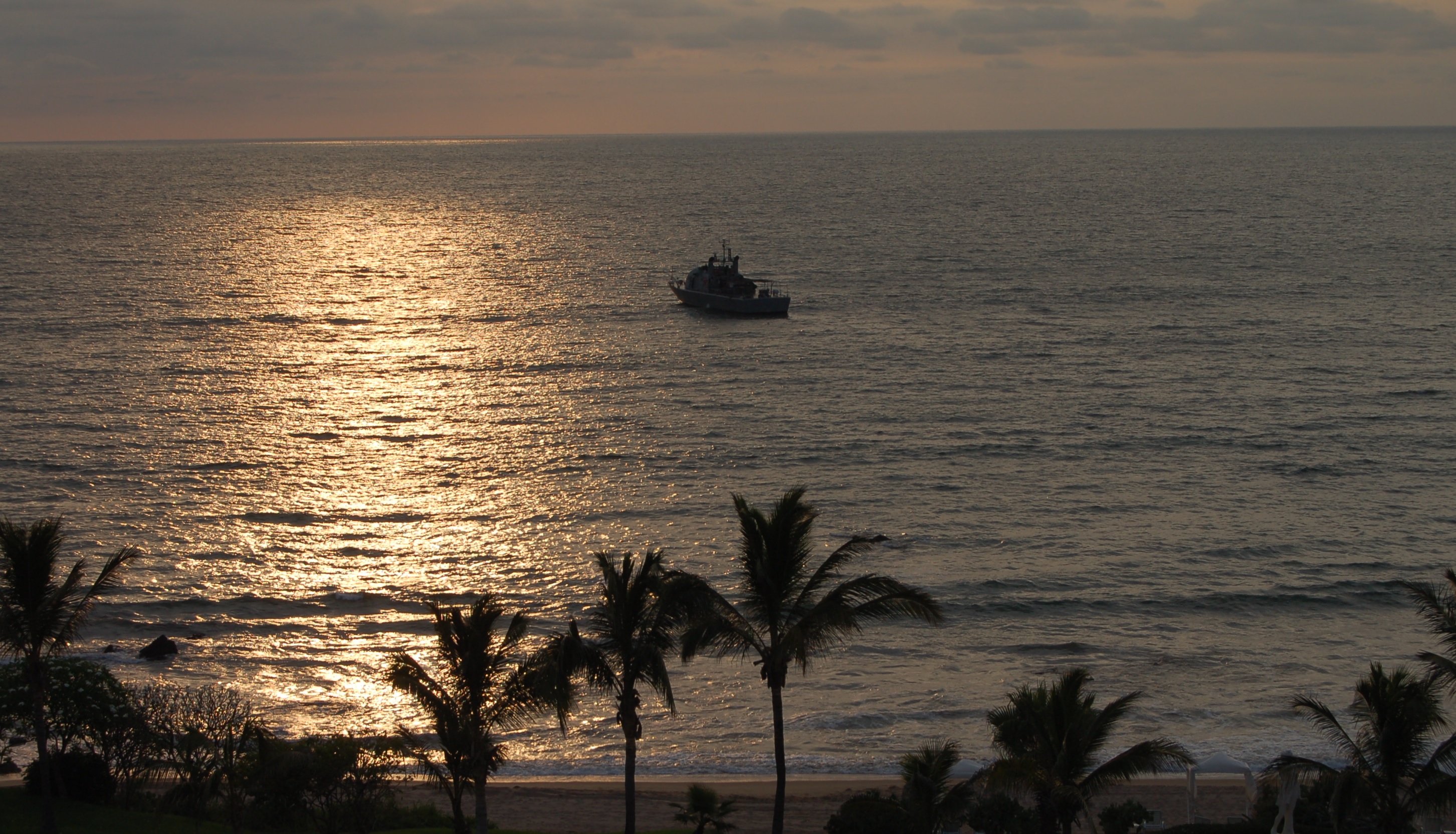 Joaquin Guzman Loera, also known as “El Chapo” (“Shorty”), the feared and elusive chieftain of the Mexican Sinaloa narcotics cartel, was a guest of honor at the 2011 Mexican state governors’ conference held in Mazatlan, according to a well-placed source who contacted the Wayne Madsen Report.

On July 11, 2015, the drug kingpin escaped for the second time from Altiplano prison, a supposedly maximum-security facility located west of Mexico City. El Chapo’s escape came 13 years after he escaped from another maximum security prison, Puente Grande, in Jalisco state. In both cases, El Chapo had help from the inside.

When El Chapo was incarcerated at Puente Grande, he was actually using the prison to run his worldwide drug trafficking empire. The entire prison staff was on El Chapo’s payroll and his easy escape in 2001 was reportedly arranged by then-President Vicente Fox in exchange for a hefty bribe.

WMR’s source, who was visiting the posh Pueblo Bonito Emerald Bay resort in Mazatlan, stated that in late June, 2011 guests of the hotel arrived to find Federal police armed with AK-47 assault rifles and black Humvees ringing the grounds and the entrance gate. The police checked all who entered the hotel. Upon entering the lobby, our source noticed a large group of distinguished looking men in suits with one of them, a tall and menacing-looking man, clearly the center of attention.

The man who was attracting all of the attention was the governor of Sinaloa state, Mario López Valdez of the National Action Party (PAN). Ironically, the man who Lopez Valdez defeated in 2010, Jesus Vizcarra Calderon of the Institutional Revolutionary Party (PRI), was linked to the Sinaloa Cartel, particularly Ismael Zambada García, who is on the FBI’s “Most Wanted List” and runs Sinaloa drug smuggling operations in Sinaloa and Durango in western Mexico, in addition to Quintana Roo and Cancun on the east coast and Nuevo Leon in the northeast, near Texas.

Sinaloa, where Mazatlan is located, is El Chapo’s home turf. Our source also noticed that a Mexican Navy warship was anchored just offshore from the hotel. It turns out our source walked right into a meeting of the Mexican state governors. Photographs were not permitted in the hotel during the governors’ conference. One of the reasons for the no photo policy was the alleged presence of one guest who our source spotted among the governors. Sitting poolside at the hotel was none other than Joaquin Guzman Loera, the feared El Chapo. Our source, who did not know at first who the man was, claimed that El Chapo was the perfect gentleman and very friendly. El Chapo stated to our source that he had business dealings in Houston and owned a house in Texas.

Oddly, the website of the Conferencia Nacional de Gobernadores (CONAGO) states that only two governors’ conferences were held in 2011, one in Monterrey on May 27, 2011 and another on December 6, 2011 in Mexico City. There is no mention of an official conference being held in Mazatlan in June of that year. However, during the previous year, 2010, three governors’ conferences were officially held in March in Morelia, in June in Ciudad Victoria, and November in Veracruz. In 2013, there was a CONAGO conference in Mazatlan. The venues were shared between the Pueblo Bonito Emerald Bay resort and the Mazatlan International Center. The 2011 governors’ conclave in Mazatlan appears to have been off-the-record as far as CONAGO is concerned.

Our source claimed that conversations with those attending the conference revealed that many of the governors appreciated the money that the Sinaloa Cartel chieftain keeps in circulation in their states. For tourist magnet states like Sinaloa, Cancun, Quintana Roo, Campeche, Baja California Sur, Baja California, and Veracruz, El Chapo’s drug proceeds have built a number of swank hotels and posh resorts that have brought even more money into these states from abroad.

Two former governors of Tamaulipas, near the Texas border — Tomas Yarrington and Eugenio Hernandez Flores — are fugitives from U.S. law enforcement for their assistance to Mexican drug cartels. Both remain free in Mexico and charge they are the targets of an American political operation.

There should be little wonder over El Chapo’s constant escapes from prison. With at least two Mexican presidents and a dozen-and-a-half state governors in his hip pocket, El Chapo appears invulnerable to prison sentences, capture, and extradition to the United States. Before his second arrest in February 2014, El Chapo has been the veritable artful dodger, evading every attempt by Mexican and U.S. Drug Enforcement Administration (DEA) agents to capture him. His arrest in Mazatlan in 2014 was the result of OPERATION GARGOYLE, a joint effort by the Mexican Marines (SEMAR) and the U.S. DEA. It has now been revealed that shortly after his arrest in February 2014, his criminal cartel began building a well-lit and well-ventilated tunnel from a house one mile away that connected to El Chapo’s prison cell. The Sinaloa cartel pioneered the construction of similar smuggling tunnels under the U.S.-Mexican border, which are reported to have numbered over a hundred.

El Chapo has been indicted for drug trafficking by seven U.S. states: Arizona, California, Texas, Illinois, New York, Florida, and New Hampshire. El Chapo reportedly told the Mexican Marines who captured him in 2014 that he has personally killed as many as 3,000 people, a drop in the bucket considering that inter-drug gang violence has killed as many as 80,000 people over the past decade. Many of them have died from horrible homicides, including decapitation and being burned to death.

In 1993, a bitter feud between El Chapo’s Sinaloa Cartel and the rival Tijuana Cartel resulted in a pitched gun battle between the two groups at Guadalajara International Airport. Murdered in the gunfire was the Archbishop of Guadalajara, Cardinal Juan Jesus Posado Ocampos, who was mistaken by Tijuana Cartel assassins as El Chapo.

There is good reason to believe that the Bureau of Alcohol, Tobacco, and Firearms’s Operation Fast and Furious, which saw U.S. automatic weapons being smuggled across the border into Mexico and into the hands of the Sinaloa, as well as Sinaloa’s rivals, the Zetas and Knights Templar Cartels, was part of a covert U.S. political and economic destabilization program designed to deliver Mexico’s state-owned PEMEX oil company into private American hands.

In every case when El Chapo has eluded Mexican and U.S. counter-narcotics forces, he has escaped to his native Sierra Madre Occidental mountains, a range that offers terrain perfect for hiding from search units. El Chapo has also proven extremely adept at using encryption, hopping WiFi hot spots, and anonymous remailers to prevent his communications and locations from being identified by the National Security Agency regional signals intelligence center in San Antonio, Texas.

While the NSA has had problems locating and tracking El Chapo, the same cannot be said for the CIA. On September 28, 2007, WMR reported on the crash of a CIA contractor Gulfstream jet carrying 3.3 metric tons of cocaine from Colombia to El Chapo’s Sinaloa Cartel in Cancun. The plane crashed on September 24, 2007, in the Yucatan peninsula in Quintana Roo state, near the town of Tixkoko. WMR’s report continued:

“N987SA had previously been chartered by the CIA as a rendition aircraft ferrying prisoners in and between Europe, North America, and Guantanamo Bay, Cuba. It has been associated with two firms previously identified as charter firms for CIA rendition flights: S/A Holdings LLC of Garden City, New York and Richmor Aviation of Hudson, New York.

First reports indicated that no bodies or passengers were found by Mexican police at the crash site. It is now reported that the pilot, Edik Munoz Sanchez, a Mexican national, was arrested, along with two other men, Dante Pat Caamal and Leonel Ayala Lopez, one of whom is reportedly a Colombian national. The cocaine was reportedly destined for Joaquin “El Chapo” Guzman’s Sinaloa drug cartel. Guzman escaped from prison in 2001 and is one of Mexico’s most wanted drug czars.

The US Embassy in Mexico City quickly dispatched Drug Enforcement Administration agents to the crash scene to ‘exchange information’ with Mexican authorities. Prensa Latina of Cuba reported that the Mexican military blocked access to the aircraft to the DEA agents from Mexico City.

At the time of the crash, the Gulfstream was registered to Donna Blue Aircraft of Coconut Creek, Florida. The company’s two Brazilian owners are listed as Joao Luiz Malago and Eduardo Dias Guimaraes. Malago told McClatchy’s Mexico City-based correspondent that his firm sold the Gulfstream on September 16, 2007 for $2 million to two Florida businessmen, one from Miami and the other from Lakeland, Florida. The two businessmen were not identified.”

On October 1, 2007, WMR followed up on the previous report on the crashed Gulfstream. It turned out the plane, which originated from Fort Lauderdale, Florida, may have stooped off in Clearwater, Florida before departing for Colombia and Yucatan. On April 10, 2006, WMR reported:

“Mexican police, acting on a tip from INTERPOL, seized a DC-9 aircraft carrying 5.5 tons of cocaine with an estimated street value of $100 million. The DC-9 was painted in the familiar blue and white colors of the U.S. Transportation Security Administration with an official-looking seal with an American eagle bearing the inscription: ‘Sky Way Aircraft – Protection of America’s Skies.’ The registered owner of the aircraft is: Royal Sons Inc., 15875 Fairchild Drive, Clearwater, Florida.”