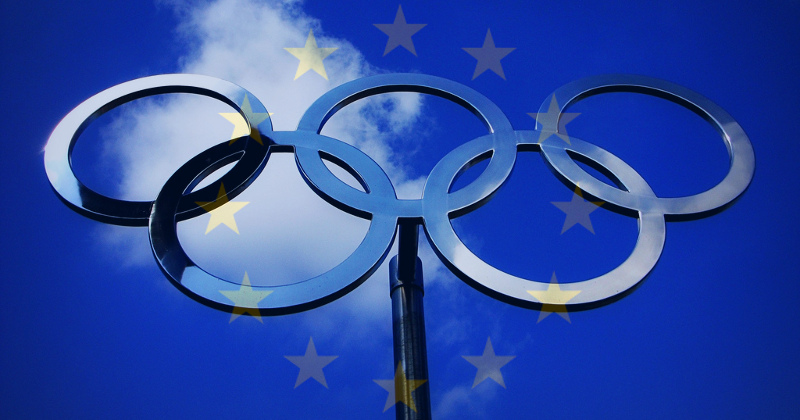 European Union officials are reportedly trying to form an EU Olympic team for the 100th anniversary of the 1936 Berlin games that will devalue European national sovereignty.

Bill Etheridge, a representative of UKIP in EU Parliament, broke the news to the Daily Express, revealing that covert discussions are being held amongst EU officials ‘behind closed doors.’

“There have been quite a lot of conversations about it among other MEPs and it was being taken quite seriously by some of them,” he said. “They were using the word solidarity, which tends to be code for an even closer union.”

“It speaks to their plan to create a ‘United States’ of Europe.”

“I’m almost certain there was some jealousy at Britain’s success in 2012 and 2016 and they want a piece of our success,” Etheridge went on. “It’s a crazy EU effort to destroy national identity.”

Etheridge says those behind the scheme would like to construct and enter the team in time for the 2036 Games, which will fall on the 100 year anniversary of the 1936 Olympics, which were hosted by Adolf Hitler in Germany.

Infowars reported earlier this year on EU officials plotting to use the 2024 Olympics in Paris as an opportunity to consolidate power and ‘solidarity’ within the bloc – even planning to fly the EU flag on the medals podium.

“What we’ve tried to do is to see the European flag flying alongside national flags at the Olympic Games and we want to win at the Olympics as Europeans,” said EU Parliament president, Antonio Tajani, in June. “So that’s something we’re working on with the national federations. Of course we want to see the French flag there, the national flags there, but we will want to make clear that this is a European candidacy for 2024.”

The move towards merging European athletes under the EU umbrella was given broader public exposure during the 2016 Rio Olympics when a German PR firm – which lists the European Commission and European Parliament as their top clients – released a version of the ‘medal tracker’ showing the European Union at the top, having incorporated post-Brexit UK athletes into the final totals alongside winners from EU member states.

Despite fractures throughout the bloc that continue to widen, obsessive EU globalists continue to press forward with their agenda to form what many see as a reincarnation of the USSR, with Germany and France spearheading plans to form an EU military and a ‘European Unified Budget.’