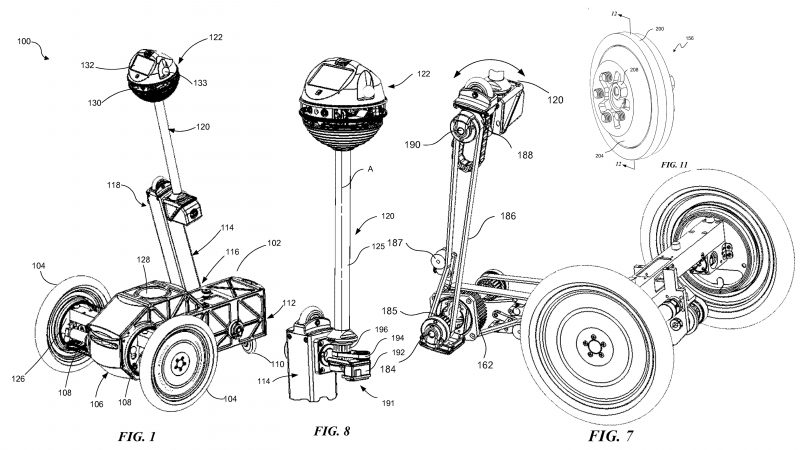 Facebook is patenting a robot with a camera, microphones and a speaker that can roam around like an Imperial Probe Droid.

The creepy automation, which was revealed in a US Patent diagram, is described as “a self-balancing robot that transitions from a three-wheeled mode to a two-wheeled self-balancing mode.”

But towering above the wheels is the robot’s “head unit” with a display, camera, microphones and a speaker – basically everything you’d expect on a robot capable of reconnaissance.

Of course, it’s likely it will be marketed as a “telepresence unit” to allow video conferencing, but notice how the robot fits nicely into Silicon Valley’s recent obsession with augmented reality (AR).

As Infowars reported in 2016, the AR smartphone game Pokémon Go utilizes the player’s camera and gyroscope to display an image of a Pokémon as though it were in the real world, such as the player’s apartment complex or workplace bathroom.

Software like that could theoretically turn millions of smartphone users into ‘Imperial probe droids’ who take real-time, ground-level footage of their cities and homes, reaching into dark alleyways and basements which spy satellites and Google cars can’t reach.

Facebook’s robot seems to have the same capabilities, which makes for a sinister combination when combined with the company’s lust for data collection.

Last month, for example, Facebook began offering some mobile app users a wireless-networking app without disclosing that it collects information for the social networking company.

“…The Onavo app also tracks data that it shares with Facebook and others, ‘including the applications installed on your device, your use of those applications, the websites you visit and the amount of data you use,’ according to its own privacy policies,” reported CNBC.