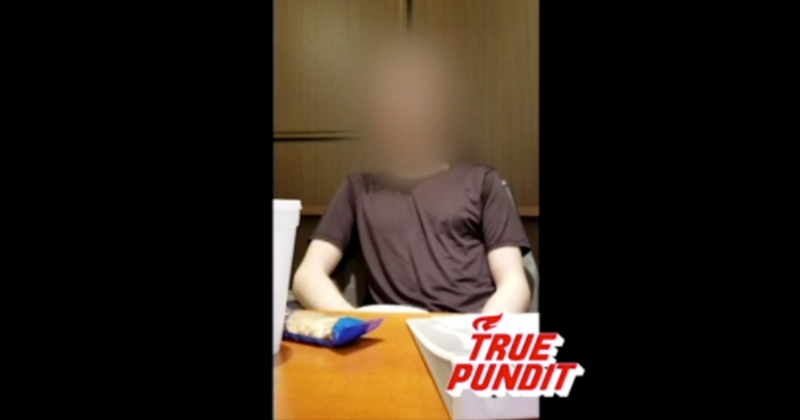 Child sex trafficking investigators, who are part of the task force looking into Jeffrey Epstein and his associates on behalf of the FBI’s New York field office and NYPD, have allegedly interviewed a man who claims former President Bill Clinton raped him when he was 8-years-old.

According to True Pundit, an FBI source said, “We are treating him as a victim,” before conducting the examination.

Despite Jeffrey Epstein’s suspicious death, the FBI task force established to investigate him remains active, with an FBI official telling True Pundit, “We still have a job to do here and that’s what we’re doing.”

The True Pundit’s anonymous author, who goes under the pseudonym Thomas Paine, claims to have escorted the victim to FBI Headquarters in Manhattan where the interview took place.

Describing the lead-up to escorting the victim to FBI headquarters, Paine explained, “I originally interviewed the victim with journalist Jen Moore who provided the details against Bill Clinton and other elite politicians to child trafficking specialists in DHS Department of Homeland Security and the FBI in July 2018.”

Continuing, the author said, “But Moore and the traumatized victim wanted to contact Homeland Security and the FBI first to see if they would open a criminal case against Clinton prior to publicizing the claims.”

Then, four weeks after Moore contacted the Feds, she was found dead in her D.C. hotel room after allegedly suffering a seizure.

Clearly, the timing of Moore’s death was suspicious and it also caused the victim to become even more fearful for his life than he already was, ultimately persuading him to not go public with the filmed interview.

Now, over a year after Moore’s death and following his sit-down with the FBI, the victim has given his blessing on the release of the True Pundit interview from 2018.

The victim described being prostituted by his great-uncle while on a yacht in New England when he was eight-years-old.

The boy, now 27-years-old, claims to have been molested by three separate adult men during that one yacht trip.

Having been molested from age three on, the victim said he “just didn’t question where he was,” when going to unfamiliar places such as the yacht.

The victim’s great-uncle would allegedly take money from men before they entered the room and engaged in sexual activities with the young boy while the uncle stood watch outside the door.

When asked about Bill Clinton’s involvement, the victim explained that before he was raped by Clinton, “There was an incredibly violent display going on.”

“I don’t wanna talk too much about that right now,” he added.

However, the victim did go on to explain how he was held up by his great-uncle and had the bottom of his feet slashed by an accomplice who then collected the blood in a chalice and drank from it before walking back into a crowd of people watching.

Next, the victim’s uncle supposedly singled Bill Clinton out of the crowd and the former president shrugged as if to say, “What am I gonna do? I have to do it.”

The man conducting the interview asked the victim if any other children were on-board the yacht and he said he saw two other kids his age.

The victim provided a comprehensive account describing the ritual he said he was involuntarily engaged in:

“When I was taken into the ballroom, these people were marched diagonally through the room from one entrance up the other to get to the top of the boat and they were all bleeding from their feet and they had cuts from their chest to their abdomen. When I was finally brought out to the top of the boat they were all already on the ground being forced to continue having sex… So, there are the people who are part of the display, the victims, and there are four pedestals with women of different stages of sexual development on them and on the middle pedestals was Bill Clinton. I don’t remember looking up, but I have found a picture of a boat that looks exactly like this one, and in this picture, this boat has a section above the top deck which is also closed off like this one was.”

The yacht incident was not the victim’s only exposure to this type of behavior as he claims to have been subjected to molestation over the course of his whole life.

He says to have been used “as a prop for child pornography,” and also details one “incredibly bizarre” instance where he was used as a prop in a blackmail operation.

He recounts two men taking him to an apartment belonging to a couple he describes as “professional people,” maybe lawyers or accountants, who were in bed when one of the victim’s handlers put the child into the bed and told the couple to have sex with him.

“When they started to comply, they were told ‘Oh no, don’t have sex together, have sex with the child in your bed,'” he testified.

Before being taken out of the couple’s bed, the victim’s handler showed them a device in their closet that “looks like an intercom” and said he was recording them.

The handler then told the child that in the future “computers” would be used to spy on people for blackmail purposes.

Prior to leaving the couple’s apartment, the handler is said to have walked into the bathroom, picked up a tile off the floor and removed a vile of blood from underneath.

Holding the vile for the couple to see, he said, “You’re gonna be involved in a criminal case pretty soon.”

Next, the victim described how his first memory of being molested was when his biological father allowed someone to rape him in exchange for “a large amount of cocaine.”

The interview ended when the victim supposedly became so nauseous that he began vomiting into a wastebasket.

Lending credibility to True Pundit’s supposed FBI sources and the allegation that the author accompanied the victim on his trip to the FBI’s Manhattan HQ is the outlet’s coverage of an FBI agent’s suicide in July of 2019.

While this testimony is intriguing, it is now up to the FBI to follow up on the claims being made and to find out if there is any truth to the startling accusations.