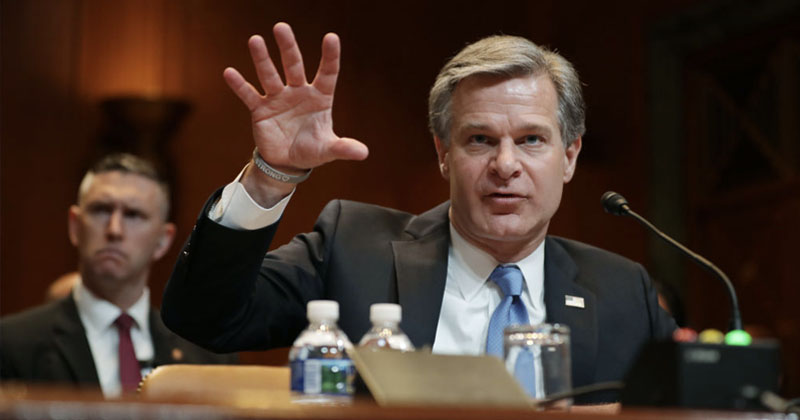 Does this mean white nationalists and neo-Nazis are going to get state funding and be provided with arms?

The FBI director testified today that racially motivated extremism is as much of a threat to national security as ISIS.

The announcement comes two weeks after the arrest of neo-Nazis who discussed firing into the crowd at a pro-gun rally in Virginia. https://t.co/9APyT6jmny


From VICE, “The FBI Just Put White Nationalists and Neo-Nazis on the Same Threat Level as ISIS”:

The FBI has elevated racially-motivated violent extremism to a “national threat priority,” in yet another sign that the U.S. government has finally woken up to the threat posed by white nationalists and neo-Nazis at home and abroad.

In a hearing before the House Judiciary Committee on Wednesday, FBI Director Christopher Wray outlined several concrete steps the agency had taken to combat violent far-right extremists, explaining that the “national threat priority” designation puts those groups or individuals on the same footing as ISIS” in terms of the resources the FBI will devote to it.

Wray’s announcement comes just two weeks after FBI agents arrested eight members of the violent neo-Nazi group The Base, three of whom were allegedly discussing firing into the crowd during the large pro-gun rally in Virginia last month. In recent months, the FBI also foiled two synagogue bombings, Wray said.

How many of those plots were organized by the FBI?

The Guardian just last month exposed the leader of “The Base” as a military contractor and suspected federal agent.

The leader of the Neo-Nazi terror group “The Base” was a fed. Imagine my shock. https://t.co/d9EtslUhzZ


They now appear to be using plots the FBI and their informants created to justify turning the whole post-constitutional “War on Terror” pre-crime system they created supposedly for Muslims inward for use on Americans.

Meanwhile, even though Saudi Arabian nationals trained at flight schools in the US carried out the deadliest terrorist attack in American history on 9/11 and we just had another Saudi aviation student go on a killing spree in Pensacola in December our government only waited one month before giving the A-OK to resume training Saudis at US flight schools — because, hey — what’s another 9/11?

NEW: The Pentagon has given the Navy and other military services conditional approval to resume training of Saudi Arabian nationals in the U.S. https://t.co/oXjJqaEboY

Tony Arterburn talks to patriots during the morning of the Virginia Citizens Defense League 2A Rally in Richmond, Virginia.