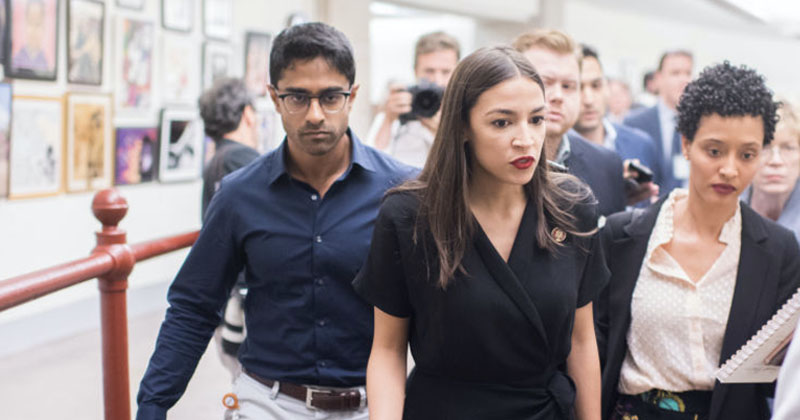 Possible campaign finance irregularities by Rep. Alexandria Ocasio-Cortez’s former chief of staff Saikat Chakrabarti may form the basis of a federal probe, according to a report in the New York Post.

This follows news Friday that Saikat Chakrabarti, the congresswoman’s chief of staff since January, and Corbin Trent, her communications director, would be parting ways with her congressional office in the next few weeks.

Chakrabarti, who masterminded Ocasio-Cortez’s election to Congress, is heading to New Consensus, a nonprofit working to bolster the Green New Deal and other climate change initiatives, as Breitbart New reported.

According to the Post, both men will be subject to examination.

The exact agency charged with responsibility for conducting the probe is not named in the newspaper’s report.

Chakrabarti previously caused uproar in the halls of Congress with a series of combative tweets that contributed to a rift between his rookie boss and Speaker Nancy Pelosi.