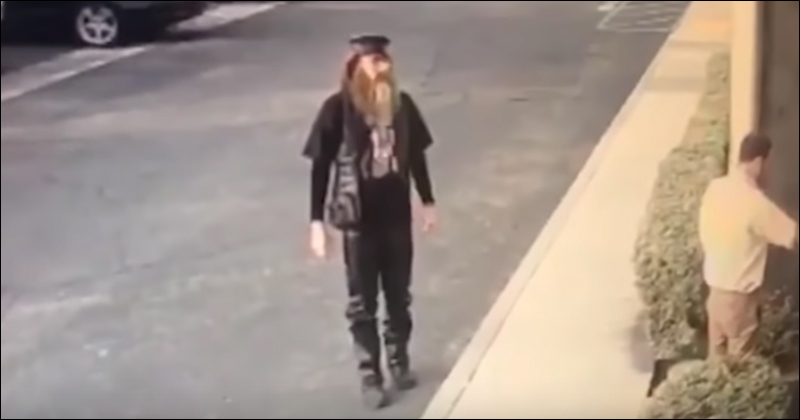 Borat actor Sacha Baron Cohen walked away with his tail between his legs when a stunt intended to fool a California gun store owner went awry.

Filming in February 2017 for his new Showtime series, Who is America?, Cohen attempted to trick Norris Sweidan, the owner of the Riverside-based Warrior One Guns & Ammo, by entering the store dressed in a disguise.

“The producers walked in and told us they were shooting a documentary about a Hungarian immigrant who wants to purchase a firearm,” Sweidan exclusively told Infowars. “Hey, we’re all for that. This is what America’s about.”

Sweidan says his familiarity with the documentary filming process made him immediately suspicious of the producers, who were extremely vague about details surrounding the film and unable to answer basic questions.

“The whole thing was fake. The dude was fake. The producers lied – and we sniffed it right away,” Sweidan said, adding, “When you’re selling guns you gotta talk to people, you gotta know people. You’re communicating with them, you’re looking at them. I’m not selling Tupperware, I’m selling a firearm. I take this shit seriously.”

“I said, ‘Listen, I’m not signing shit. I’m not gonna sign anything,’” he told Infowars, explaining the producers had asked him to film a segment before he had signed the release.

Sweidan described the actor immediately spoke to a producer after their initial handshake and avoided eye contact. He says he recognized Cohen quickly once he heard his voice.

“Soon as he said something, I was like, ‘Yeah, you’re Borat.’ The moment I said that he turned right around. He goes out to his car and they whisk him away.”

Cohen scurried out the door so fast he left his film crew behind.

“And then I start talking to the producers, like, ‘Hey, what the fuck? What is this? What are you guys doing?’ I basically told them, ‘Give me some fucking answers, or get the fuck out.’ And they left.”

Surveillance footage outside the store showed Cohen reading a script and rehearsing lines before he entered.

Interestingly, Sweidan says he initially posted footage of the incident to social media, but his accounts were flagged or taken down.

“Originally what had happened, we dropped it on our Instagram – we have 10,000 followers. Boom, our Instagram disappears, it gets flagged, and our Facebook got flagged a lot.”

Sweidan suggests the show targeted his store because of its prominent status – they’re about to debut a show titled, Down the Barrel.

It’s about real people going through real stuff. Why they’re purchasing a gun, you know? A single mom [asking], ‘How do I put a gun in my home where I can protect my family and it’s the right way?’ It’s about real stories. And let me tell you, it’ll make you cry, it’ll make you laugh. It’s about different demographics of people, why they buy guns. From a citizen of one country to a citizen of another country. It’s amazing how this platform brings people together.

Sweidan condemned the Showtime show’s mockery of gun-supporting politicians and a stunt in which cute stuffed animals were placed on guns to make them appear more child-friendly. 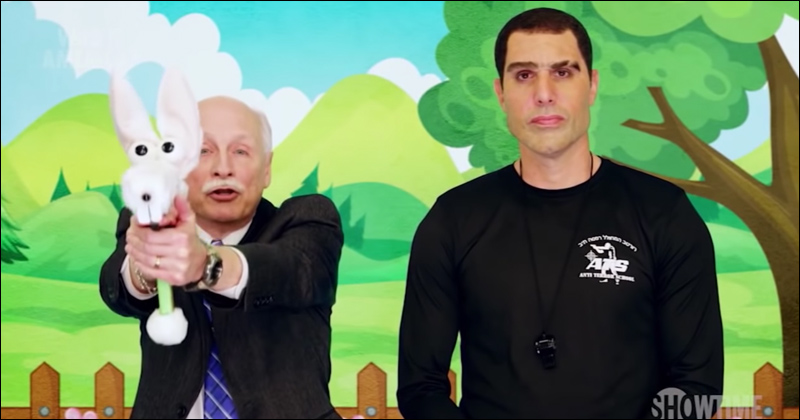 “Showtime should be ashamed of themselves,” Sweidan said. “What were the producers of Showtime thinking? Putting bunnies on guns? You think that’s funny? What are you guys doing by making guns seem like they’re for kids?”

“If I was Showtime, I’d drop that show and fire all those producers. The one thing that bothers me the most is how they depicted the guns for little kids. That’s disturbing,” he added.

As for Cohen, Sweidan had one suggestion: “Stick to comedy.”

Norris Sweidan appeared on the Friday edition of The Alex Jones Show.