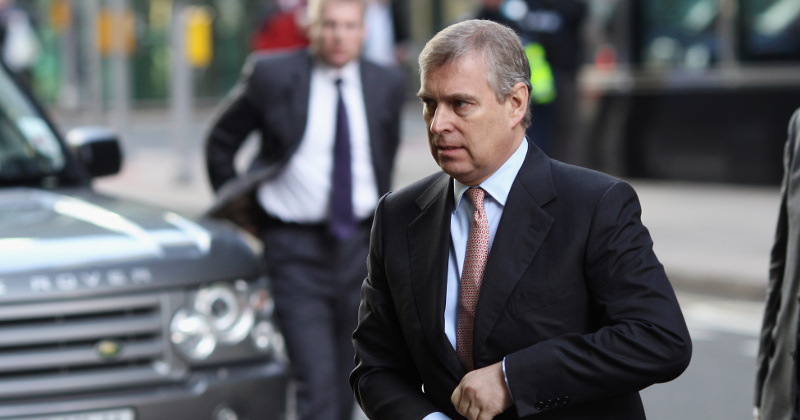 British royal Prince Andrew came under increased scrutiny in August 2019 following the death of Jeffrey Epstein, a convicted sex offender and trafficker, with whom he was allegedly connected in relation to sexual acts committed against minors – allegations that the Duke of York has vehemently denied.

An address book of accused sex offender Jeffrey Epstein contains 13 contact numbers for various residences of Queen Elizabeth II’s second son, Prince Andrew, including Buckingham Palace, Mike Fisten, one of the first investigators who examined the allegations of sex trafficking activities levelled against the US billionaire, will reportedly reveal in a UK documentary, according to The Telegraph.

Fisten said that the book, which was discovered in Epstein’s mansion in Palm Beach, was “a treasure trove of Jeffrey’s activities” and also “showed us the scope of Jeffrey’s travels, girls, and contacts”.

The claims will be investigated in an episode of UK Channel 4’s Dispatches that will be aired on 20 October.

“You could take for instance, if looking at the section in London, you could pick out, the Duke of York, which is Prince Andrew. And when you look at that, under Duke of York it shows Buckingham Palace London”, Fisten reportedly said.

The private investigator also added that it was “hogwash” to say that people who were around the accused sex offender did not know about his illegal activities, because “if you were around Jeffrey you were around underage girls”.

Fisten was one of the first investigators to interview Virginia Roberts, now Giuffre, who raised allegations against Prince Andrew in a Manhattan court, claiming that she had sex with the British royal on three occasions, the first being when she was only 17. She claimed that she was procured as Epstein’s “sex slave” by his lover Ghislaine Maxwell, who directed her to have sex with a number of powerful men.

The programme also claims that Prince Andrew and the deceased US billionaire had met at least 10 times over their 12 years of acquaintance, with the Duke of York allegedly “staying for days” at Epstein’s mansions from time to time. Previously, a whistleblower who has been a caretaker at Jeffrey Epstein’s Avenue Foch apartment in Paris since the convicted sex offender bought it in the 2000s, also said to French police that the Duke of York had been seen at the apartment on multiple occasions.

Prince Andrew has denied all the claims brought against him, saying that “at no stage during the limited time I spent with him [Epstein] did I see, witness or suspect any behaviour of the sort that subsequently led to his arrest and conviction”.

An official statement by Buckingham Palace issued earlier this year also read that “any suggestion of impropriety with underage minors is categorically untrue” and “emphatically denied that the Duke of York had any form of sexual contact with Virginia Roberts. Any claim to the contrary is false and without foundation.”

If the highly questionable suicide of Jeffrey Epstein had happened in another country, we would all be laughing at how corrupt that country is. Instead, those countries are laughing at us.