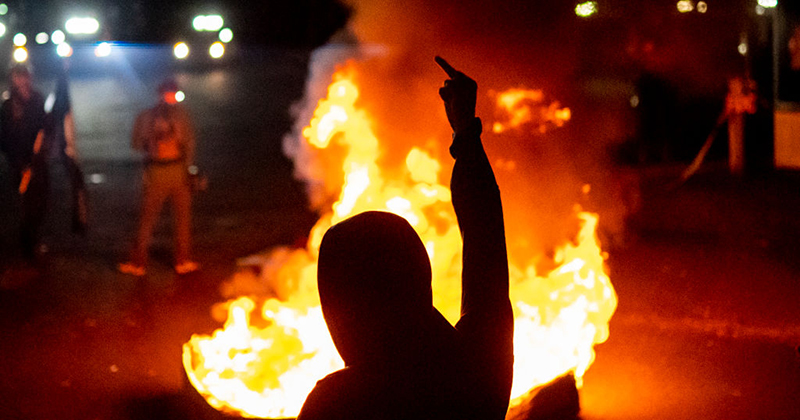 A coalition of leftist groups are planning a ‘resistance’ strategy in preparation for violent confrontation with Trump supporters after the election in November, according to a report.

The Daily Beast reported that over 50 groups, including MoveOn, Color of Change and the American Federation of Teachers, have formed a ‘Democracy Defense Nerve Center’.

The coalition, dubbing itself the ‘Fight Back Table’, is reportedly planning to counter claims of election victory by Trump and his supporters.

“It is very obvious that Trump is laying the groundwork for claiming victory no matter what,” said MoveOn executive director Rahna Epting, according to the report.

Epting added that the groups will “fight to protect [Democracy] from what we truly see as a president who has gone off the rails and taking this country down an authoritarian fascist path.”

The groups held a Zoom conference last week, where it was agreed that if such a scenario unfolds, there will be “mass public unrest”.

Bernie Sanders says country must get ready for Trump’s refusal to concede. Secret MAGA violence is in the works according to DailyBeast. CNN says white supremacy is most lethal threat to America

A source speaking to the Daily Beast also indicated that the groups are concerned about a scenario in which right-wingers take up arms to intimidate voters.

“I don’t know what the strategy is when armed right-wing militia dudes show up in polling places,” the anonymous individual said.

“This [Kyle] Rittenhouse guy is being lionized on the right, right now. If it is being unleashed that you can shoot people and be a hero, I don’t know what preparation we can possibly do for that,” the person added.

When asked what the specific plan of the alliance is, the source said it is to “occupy s–t, hold space and shut things down, not just on Election Day but for weeks.”

The notion that conservatives will instigate violence is somewhat rich, considering that for months rioting and violence has been perpetrated throughout 74 of the largest 100 cities in the US by leftist Antifa and BLM agitators.

The report comes on the heels of a Washington Post op-ed  claiming that leftists may engage in rioting and violence if Trump wins, ending up in a civil-war between “anti-fascists” and Trump supporters with the backing of the President.

The piece, written by law professor Rosa Brooks, the founder of the leftist Transition Integrity Project, states that only a “landslide for Joe Biden” would ensure “a relatively orderly transfer of power.”

In my inbox this morning: “We have your [Transition Integrity Project] documents. You will be hung for treason. Documents given to every patriot. 10 million strong. Your going to gitmo. You will die soon.”

Just another day in Trump’s America.