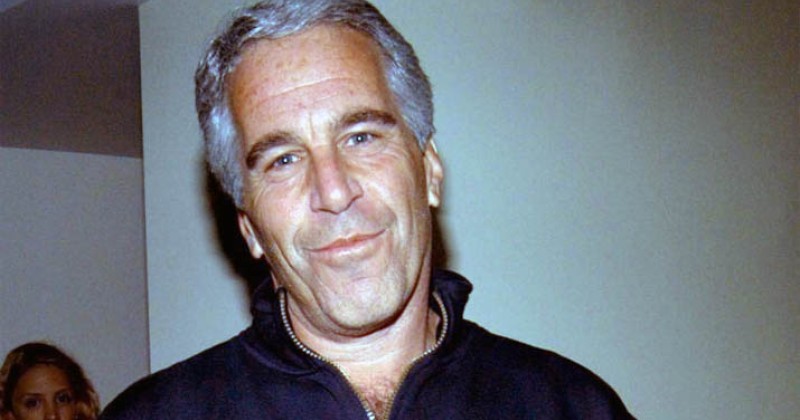 Billionaire LinkedIn co-founder and Bilderberg attendee Reid Hoffman, who was caught staging a false flag operation with fake Russian bots to influence the Alabama Senate election in 2017, is allegedly “implicated in the cover-up” involving Jeffrey Epstein and MIT according to a new report.

Former MIT Media Lab director Joi Ito is not the only person tied to the organization that’s facing scrutiny because of the lab’s secret ties to Jeffrey Epstein. The Lab’s powerful sponsors — including LinkedIn founder and executive chairman Reid Hoffman — have become implicated in the cover-up.

Hoffman defended Ito to author and fellow MIT Media Lab Disobedience Award jury member Anand Giridharadas in a private email, Giridharadas tweeted on Friday. “Hoffman basically hid behind bureaucracy and the old ‘ongoing investigation’ excuse,” Giridharadas said. “He said it would be complicated to release the correspondence publicly because other names might get dragged in. Someone should tell him about redaction.”

According to Giridharadas, Hoffman wrote in a second email that Giridharadas was making the situation “all about you” by threatening to resign. In the end, Giridharadas resigned.

An archive clip from ABC news shows the network praising the secret meetings between Bill Gates, Jeffrey Epstein, and their agenda for world domination.

“These elite networks protect each other above all, common good be damned,” Giridharadas tweeted about the situation Friday. “MIT will investigate itself and absolve itself, is my guess.” MIT President L. Rafael Reif announced in a letter to the MIT community that the university’s legal counsel will initiate an independent investigation following Ito’s resignation Saturday.

I remember reading Nicholas Lemann’s trenchant @NewYorker profile of Reid Hoffman. Here he is advising Obama, trying to lobby the pope on A.I., designing the future of work for all.

I remember thinking, Who are these people who get to rule like this?https://t.co/nqddkKePhx

Ito and Hoffman have a well-documented relationship outside of their work at MIT. The pair spoke on a panel together at the WIRED25 Festival in October 2018 in San Francisco, photos of the event on Getty Images show. Hoffman also once said that Ito “makes well-networked professionals look like hermits,” according to The New York Times. Before his resignation on Saturday, Ito held posts at MIT, The New York Times Company, and the MacArthur Foundation.

The way sophisticated blackmail operations work is that they compromise a powerful person then use the leverage they have over them to get them to compromise others in their circles.

That certainly appears to be the operation Jeffrey Epstein and Ghislaine Maxwell were running, with Prince Andrew being one of their most high-profile marks.

I’m not saying that’s what happened here but it certainly fits the modus operandi.

This is not the first time Hoffman has been connected to Epstein. A “few years ago,” Epstein attended a dinner Hoffman hosted to honor an MIT neuroscientist, Vanity Fair reported in July. Mark Zuckerberg and Elon Musk were also in attendance. Both denied having had ongoing relationships with Epstein to Vanity Fair through spokespeople.

Epstein’s work with the MIT Media Lab has tied him to other powerful business figures including Leon Black and Bill Gates, the New Yorker’s Ronan Farrow reported Friday. Epstein served as a go-between Ito and the billionaires, emails published by the New Yorker show.

The Director of Development and Strategy at MIT’s Media Lab was Peter Cohen, who allegedly helped hide Jeffrey Epstein’s donations by making sure they were marked as “anonymous”:

From The New Yorker:

In September, 2014, Ito wrote to Epstein soliciting a cash infusion to fund a certain researcher, asking, “Could you re-up/top-off with another $100K so we can extend his contract another year?” Epstein replied, “yes.” Forwarding the response to a member of his staff, Ito wrote, “Make sure this gets accounted for as anonymous.” Peter Cohen, the M.I.T. Media Lab’s Director of Development and Strategy at the time, reiterated, “Jeffrey money, needs to be anonymous. Thanks.” Epstein’s apparent role in directing outside contributions was also elided. In October, 2014, the Media Lab received a two-million-dollar donation from Bill Gates; Ito wrote in an internal e-mail, “This is a $2M gift from Bill Gates directed by Jeffrey Epstein.” Cohen replied, “For gift recording purposes, we will not be mentioning Jeffrey’s name as the impetus for this gift.” A mandatory record of the gift filed within the university stated only that “Gates is making this gift at the recommendation of a friend of his who wishes to remain anonymous.” Knowledge of Epstein’s alleged role was usually kept within a tight circle. In response to the university filing, Cohen wrote to colleagues, “I did not realize that this would be sent to dozens of people,” adding that Epstein “is not named but questions could be asked” and that “I feel uncomfortable that this was distributed so widely.” He wrote that future filings related to Epstein should be submitted only “if there is a way to do it quietly.” An agent for Gates wrote to the leadership of the Media Lab, stating that Gates also wished to keep his name out of any public discussion of the donation. A spokesperson for Gates said that “any claim that Epstein directed any programmatic or personal grantmaking for Bill Gates is completely false.” A source close to Gates said that the entrepreneur has a long-standing relationship with the lab, and that anonymous donations from him or his foundation are not atypical. Gates has previously denied receiving financial advisory services from Epstein; in August, CNBC reported that he met with Epstein in New York in 2013, to discuss “ways to increase philanthropic spending.”

Joi Ito and Peter Cohen did not respond to repeated requests for comment.

The evidence Epstein and Ghislaine were running an Israeli Mossad blackmail operation as “prominent Republicans” privately suspect is getting stronger by the day.