MSNBC has been caught airing a deceptively edited video of a rally that took place in Washington D.C. over the weekend, in addition to flagrantly lying to its viewers.

Raw footage of the protests outside the gates of the White House showed hyped-up riot police striking and shoving elderly war vets.

However, in a segment produced by MSNBC’s Rachel Maddow, only two-thirds of the footage was shown, making it appear as though veterans initiated the confrontations.

Just as we witnessed during the Trayvon Martin affair, NBC has once again utilized selective editing techniques in attempts to manipulate its target audience, omitting violence on the part of police in order to demonize protesters who dared to defend themselves against the barrage of assaults – both to their bodies and their liberties.

Maddow also played the rally off as a small gathering of fringe Tea Party supporters, in efforts to dismiss legitimate protests through divide and conquer.

In reality, the demonstration, for the most part, was a non-partisan assembly of vets and concerned citizens infuriated with the Obama administration’s spiteful decision to barricade national war memorials.

Maddow followed through with a patently dishonest statement that the police featured weren’t being paid. 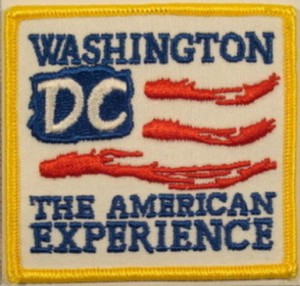 In fact, the officers featured in the video are members of the District of Columbia’s Metropolitan Police Department, whose paychecks aren’t affected by the government shutdown.

Later in the segment, Maddow also pulled the typical stunt of equating opposition to Obama with racism, pointing out a lone man waving the Confederate flag.

In airing the clearly dishonest report, Maddow has once again demonstrated she is a useful minion of the Obama administration, working hard to manipulate her audience and in turn stifle opposition so more people don’t go out and defend liberty.

It’s interesting to note that, in the video, Metropolitan police are dressed in jackets festooned with a patch that reads “Washington D.C. The American Experience,” as they forcefully fend off the very veterans who at one time fought to defend America.