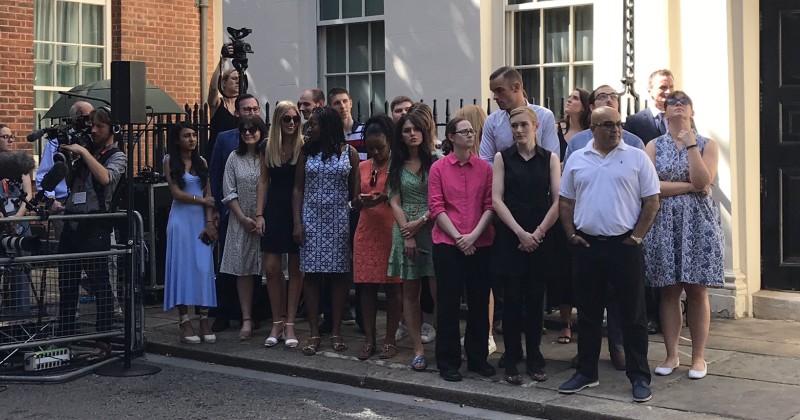 Johnson became the UK’s new leader after he defeated Jeremy Hunt in a poll of Conservative Party members.

Despite Johnson facing criticism over his past comments about minorities, he appeared to be very concerned about “diversity” optics during a photo shoot with his new administration staffers.

“The face of @BorisJohnson’s administration he wants the world to see. Strikingly a few older white faces were discreetly shuffled out before he turns up,” tweeted journalist Robert Peston.

The face of @BorisJohnson’s administration he wants the world to see. Strikingly a few older white faces were discreetly shuffled out before he turns up pic.twitter.com/JpOIF4kypy

Given that Britain is still 87% white according to the last census, one wonders why Johnson is so paranoid about being photographed alongside white people.