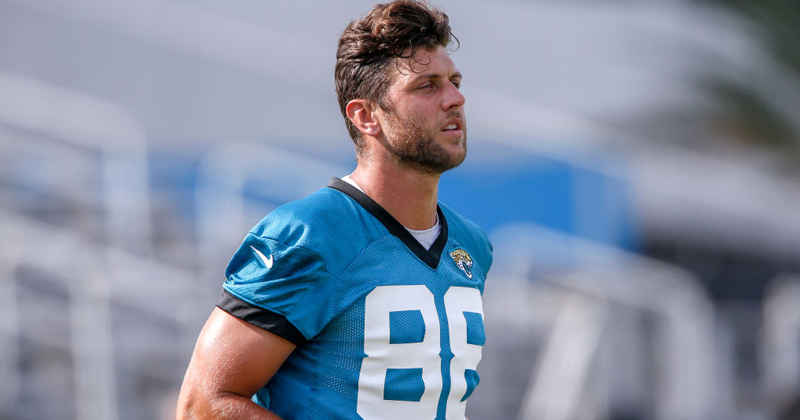 Dorn, who was African American, was shot and killed while trying to protect his friend’s pawn shop during the St. Louis riots on June 2 following the death of George Floyd.

Hamilton County, Ohio Republican Party Chairman Alex Triantafilou broke the news on Twitter Tuesday, writing, “Got some very good news from former Bengals player/current Jaguars player Tyler Eifert that he will honor fallen police officer David Dorns on his helmet. Always been a fan of Tyler’s and God bless him!”

Got some very good news from former @Bengals player/current @Jaguars player @tylereifert that he will honor fallen police officer David Dorns on his helmet. Always been a fan of Tyler’s and God bless him!

Dorn’s widow, Ann Dorn, spoke at the RNC last week to voice her support for President Trump and to speak out against the violent protests currently taking place throughout our country.

The NFL recently announced players will be allowed to put the names of Americans killed by police on their helmet padding, allowing them to pick from a pre-selected list of names.

While he didn’t die after being shot by police and was instead paralyzed from the waist down, the name Jacob Blake was placed on New Orleans Saints quarterback Drew Brees’ helmet during a practice last week.

Blake allegedly raped a woman before being shot and Brees appears to be virtue signaling to make up for daring to express his respect for the American flag in a June interview he chose to apologize for.

However, it was just four years ago that the NFL refused to allow the Dallas Cowboys to wear helmet decals to honor members of the Dallas Police Department who were shot and killed by a man with a sniper rifle.

Several years ago @NFL refused to allow @JasonWitten and the @dallascowboys to have a helmet decal honoring five Dallas police killed by a BLM supporter. Now NFL is allowing names of people killed by police on helmets. This is a hypocritical disaster: https://t.co/G2w3aqG89M

Will the NFL fine Eifert if he dares put the name of David Dorn on his helmet?

In 2017, Eifert wore cleats honoring former Arizona Cardinals safety Pat Tillman, who died under suspicious circumstances while serving in the U.S. Army Rangers in 2004 after quitting the NFL to fight for his country.

My cleats for tomorrow's game and my reason why I stand for the National Anthem. Pat Tillman. For more info, go here https://t.co/7qRA8pwB8G pic.twitter.com/lgbnqkchvP

Eifert wrote a powerful essay on Medium in 2017 giving his personal reasons for standing for the flag instead of kneeling during the national anthem.

I know it would probably be best to stay out of it, but when you believe in something as much as I do it gets to a point where you want both sides to be heard. I am not questioning anyone’s reasons or rights to protest, but instead the method. This entire protest about raising awareness for racial inequality has gotten lost in the media and turned into a debate about whether to sit or stand for the national anthem. I want to take this time to remind everyone why I stand.