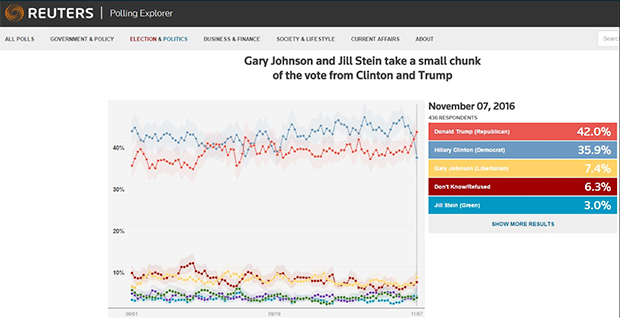 This article was intended to report on the Nov. 7 Reuters poll, showing Clinton losing nearly five points before election day with Trump surging by the same amount, but the poll mysteriously vanished before this article was published:

After the Nov. 7 poll was pulled, Reuters displayed this Nov.  6 poll which still shows Trump’s surge and Clinton’s collapse, but has both running in a dead heat. However, this too was also pulled not long after, likely because it didn’t satisfy the powers-that-be who prefer Clinton: 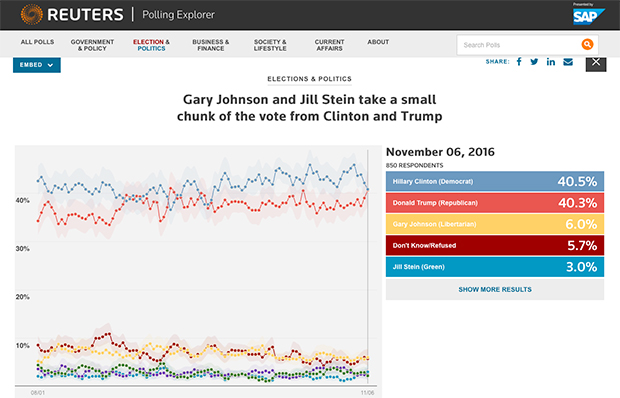 Now the latest poll shown is from Nov. 3, which shows Clinton in a decline but solidly in the lead ahead of Trump: 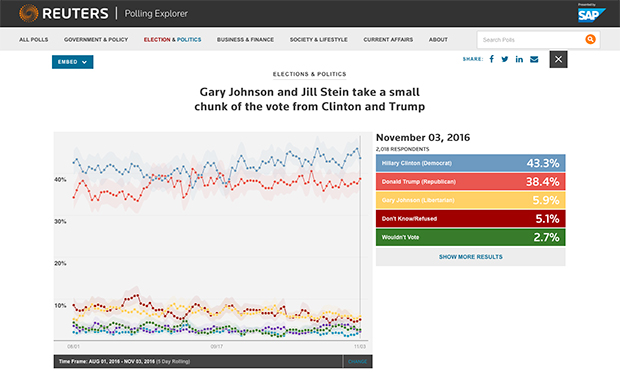 This suggests the mainstream media is trying to prop up Hillary Clinton’s collapsing campaign, just as they’ve done by disguising low attendance at her rallies.

The polls was likely pulled because its findings coincide with surge in Trump voter turnout, and voter enthusiasm is a major advantage Trump holds over Clinton.

Additionally, Democrat internal polls show Trump competitive and pulling ahead in every swing state, according to inside source who spoke to Infowars.

Early exit polls show that voters prefer a “strong leader” as the next president, which has been the Trump campaign’s primary selling point.