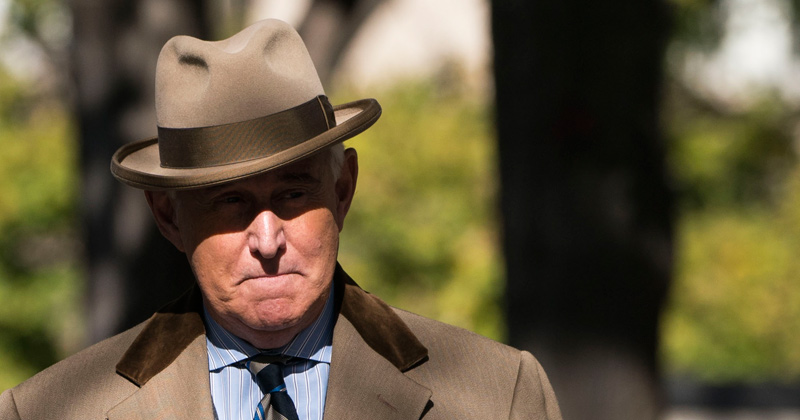 Politico and longtime Trump confidant Roger Stone fears if he’s jailed, he could face the same fate as Jeffrey Epstein, who mysteriously died while behind bars.

Tune in to the War Room as Alex Jones and Owen Shroyer talk with Roger Stone lawyer Tyler Nixon following the verdict:

According to journalist Cassandra Fairbanks, who says she recently spoke with Stone, the former Infowars radio host was worried he could be murdered in prison by the Deep State.

“I saw Roger Stone a couple nights ago and he told me he’s scared they’re going to Epstein him. I can’t say that I think his fear is unfounded,” Fairbanks wrote on Twitter.

Stone, 67, faces up to 50 years in prison after being convicted Friday by a DC jury on 7 different counts, including obstruction and witness tampering.

Billionaire pedophile Jeffrey Epstein’s death was ruled a suicide after he was found dead behind bars on August 10, with many suspecting he was murdered for possessing too much damning information on high-level pedophiles.