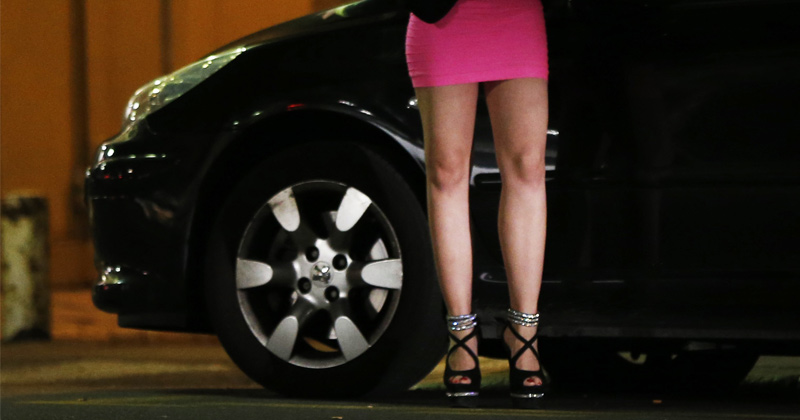 Sex workers have threatened to expose members of Congress for passing the Fight Online Sex Trafficking Act (FOSTA), which they claim has destabilized and demoralized individuals who work in the the sex trade.

“Just sitting here waiting for all those government officials to realize how hard they’ve made it for themselves to get no-strings-attached booty. Better start liking sex with your wives again,” tweeted another NYC sex worker.

Just sitting here waiting for all those government officials to realize how hard they’ve made it for themselves to get no-strings-attached booty. Better start liking sex with your wives again. #FUCKSESTA #FUCKFOSTA

The US Senate just passed a bill that puts sex workers AND free speech in danger 😞! Here’s everything you need to know… https://t.co/H2u3u5maKP #SESTA #FOSTA #fuckSESTA #fuckFOSTA pic.twitter.com/K0QVkioKlU

Cyndee Clay, director of sex workers advocacy group HIPS, said that sex workers are “scared” about their futures now that platforms like Craigslist personals and certain Reddit pages have been taken down in response to FOSTA.

“People are scared, and they’re definitely experiencing shutdowns of platforms already, of ways that they’ve been able to advertise in the past, but also farther-reaching things,” Clay told The Daily Beast on Wednesday.

“We’re seeing Reddit enforcing certain parts of their Terms of Service, and Skype is now no longer a way that people feel like they can screen clients or do cam work or online appointments. Online advertising and the ability to use the internet to work more safely has now been taken out from under people. So people are having a lot of confusion and concern about what’s next.”

Some sex workers have created their own social network such as Switter, but many worry language in the FOSTA bill could get platforms like that shut down too.

“Depending on how one reads the law (and, again, part of the problem is that SESTA/FOSTA’s drafting is terrible, with lots of vague terminology and little clarification), it’s possible that prosecutors could argue that Switter itself violates SESTA/FOSTA,” TechDirt reported Wednesday.

Interestingly, all those individuals were Democrats.

Congress passed the SESTA/FOSTA bills last month, which still have yet to be signed into law by President Trump.