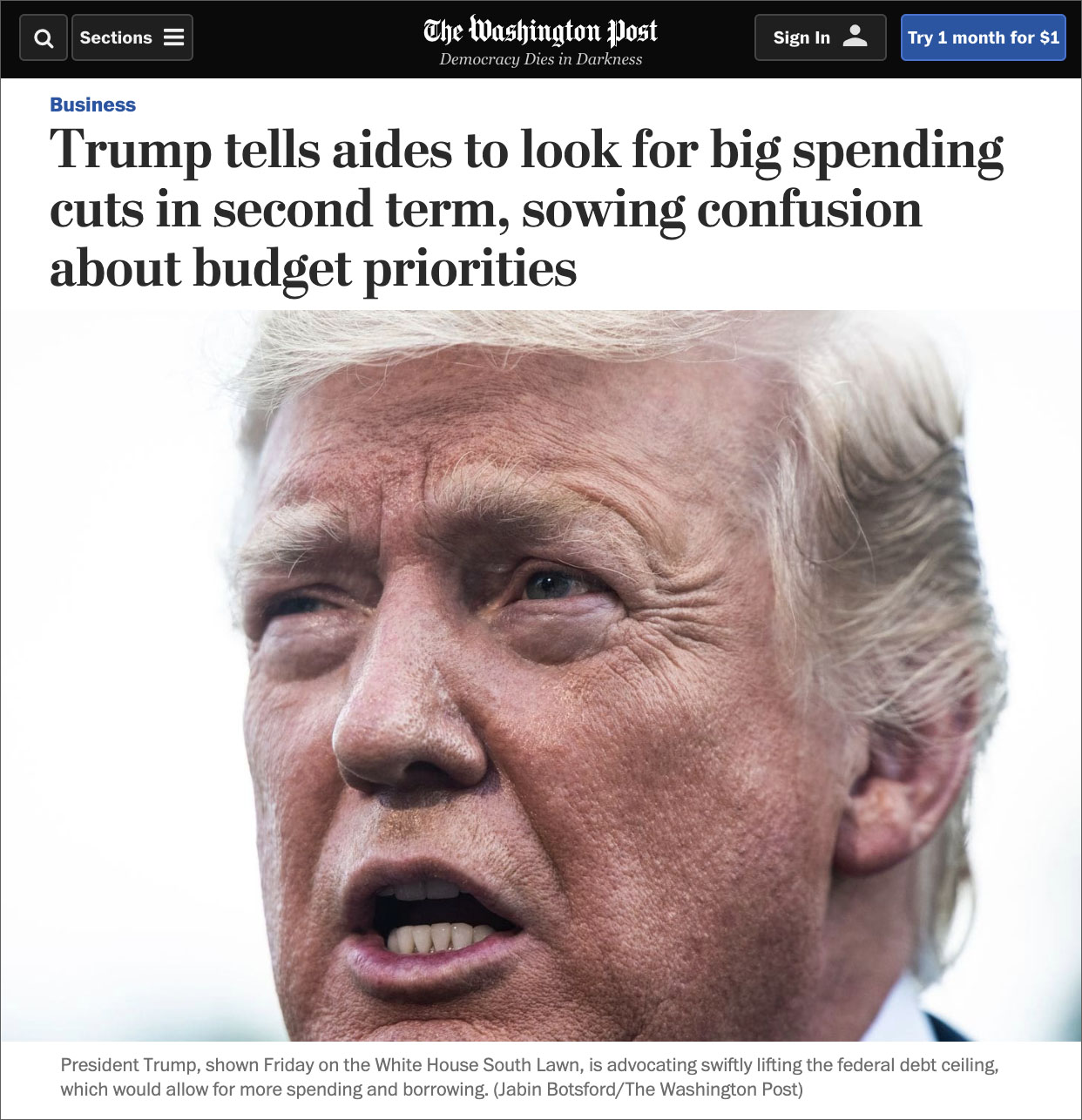 Huge federal spending cuts may become the norm if President Donald Trump wins the 2020 presidential election, according to The Washington Post.

In an article posted Friday night, the Post reports that Trump is telling aides to prepare for significant budget cuts should he win. This is seen as a huge reversal of the big spending the White House has directed since he took office.

According to the Post, five people briefed on the discussions maintain that the president would be in an excellent position to reduce spending and even cut certain agencies starting in 2021. Much of this would also require the Republicans winning back the House.

“But this second-term ambition is already sowing confusion about how the White House should approach the current slate of negotiations, in which some conservatives want Trump to push for spending restraint,” the Post reports.

“Instead, Trump is advocating swiftly lifting the federal debt ceiling, which would allow for more spending and borrowing. Trump, who was once a fierce promoter of refusing to raise the debt ceiling without winning concessions, said the opposite on Friday, telling reporters that ‘it’s a sacred element of our country. They can’t use the debt ceiling to negotiate.'”

The best hope America has to keep from sliding into fascism and authoritarianism at the hands of the left is President Trump.