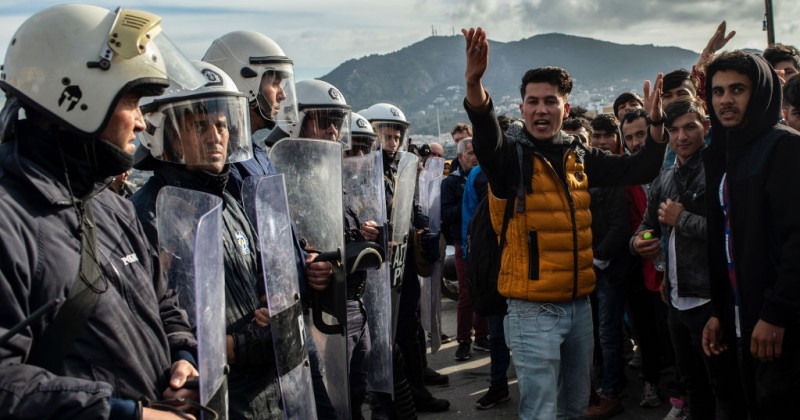 Voice of America reports that Turkey’s President Recep Erdogan is planning to send a fresh wave of migrants to Europe, with officials fearing many of them will be infected with coronavirus.

“Greek forces are on heightened alert as reports have surfaced that Turkey is preparing to push through a fresh wave of migrants to Europe. Officials in Athens say, they fear that refugees infected with the coronavirus may be among the new wave of asylum seekers,” reports VOA.

Intelligence has been produced showing how Turkish authorities have moved migrants from inland areas to the shore, where smugglers are waiting to ferry them to Europe.

Greece’s coastguard, Air Force and Navy have stepped up patrols against what they see as another organized effort to unleash thousands of migrants as a political weapon.

Back in February, President Erdogan announced that Turkey would be re-opening its border and encouraging millions of migrants to invade Europe.

During the incursions, Christian churches were trashed and thousands of precious olive trees were chopped down as part of an economic attack.

Thanks to a strong response from Greek security forces and a massive revolt by the Greek people, there has been no repeat of 2015, when up to 2 million migrants eventually reached Europe.

Erdogan initially agreed to hold back the migrant tide in 2016 after the European Union paid Ankara €6 billion, but the Turkish leader is now using the threat of re-opening the floodgates to push for more money and concessions.